The bodies of Covid-19 victims in New York City which have not been claimed by relatives are being buried on Hart Island off the coast of the Bronx. Over the years Hart Island has been the site of a sanatorium for tuberculosis victims, a women’s insane asylum and a boys reformatory. In other words an ideal location for a really creepy horror movie. It is also the site of graves for unclaimed bodies, i.e. Mostly street people. Apparently since the Coronavirus pandemic began there has been a five fold increase in unclaimed bodies in New York City. You can read all about Hart Island  here.  There is also a video which you can view here. Thanks to DS for the tip. 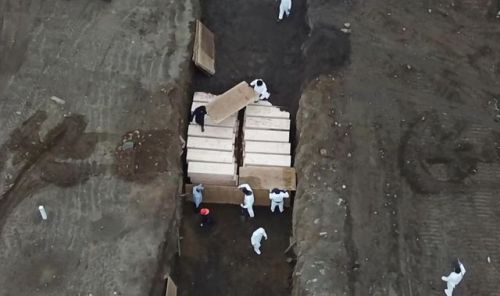