According to John Burns, writing in the Irish edition of The Sunday Times yesterday, Vincent Browne’s documentary on Gerry Adams – a two-parter – will be broadcast by TV3 next Saturday and Sunday evenings, the weekend that will see Adams’ near 35-year spell as SF leader wend to a close (or is it more a fork in the road?).

For those of my readers who haven’t got the wherewithal or energy to navigate the Murdoch paywall, here is the full story. My commentary on some of what VB may say about Adams in his documentary follows.

Vincent Browne’s documentary on Gerry Adams has finally been given a transmission date by TV3.

First announced for the autumn schedule of 2015, the two-parter will air on February 6 and 7, just days before Mary Lou McDonald becomes leader of Sinn Fein.

Adams did not agree to be interviewed, but among those who will appear are republicans Danny Morrison and Tommy McKearney, the former taoiseach Bertie Ahern, former US Congressman Bruce Morrison, and Fr Des Wilson, a nonagenarian cleric from west Belfast. Cutting through any waffle will be straight-talking Seamus Mallon, the former deputy leader of the SDLP.

An intriguing contributor is Mitchell Reiss, a US special envoy in the Noughties, about whom Adams once said: “I don’t have high regard for Mitchell Reiss’s input into this process.” Might Reiss pass a similarly harsh judgment?

Before going any further I should make it clear that a) I was interviewed for the programme and b) I gave Vincent freely of my advice and time over the three years or so it has taken him to make and negotiate the broadcast of his film. After all, the guy did give me a start in Irish journalism.

I do not know, however, how much, if any, of my interview survived the cutting room floor; nor do I know what is in the film or how much of my advice he heeded or ignored, although we did have lengthy discussions in person and by email about the highlights of Adams’ career. But when all is said and done, Vincent Browne is his own man and he can be particularly stubborn if he wishes.

On one matter we ultimately disagreed and if I raise it here it is because Vincent made the issue public first – and because he did so, I assume he will repeat it in his documentary.

Back in February 2016, during the Southern general election campaign of that year, Vincent hosted a discussion programme for TV3 in the Louth constituency, which was and still is, at least pro tem, Adams’ Dail seat, to air the local issues and personalities likely to figure in the vote. It was one in a series of constituency profiles. 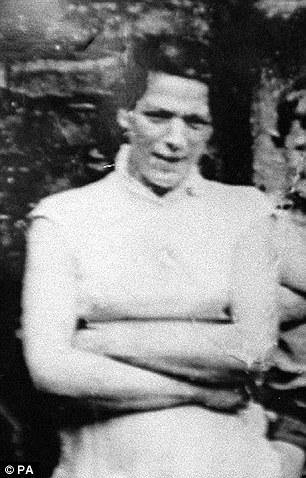 Jean McConville – Adams was not involved in her or any of the IRA disappearances, claimed Vincent Browne, who blames Sean MacStiofain

During the programme, on which Adams did not appear, Vincent said – to quote my subsequent email to him – that ‘Adams had nothing to do with the disappearance tactic’, i.e. the disappearances of alleged informers and others by the Provisional IRA which began in 1972.

I emailed him to ask if I had heard correctly and he responded that yes, he had said that, adding:

‘I spoke to a person very senior in the IRA at the time who said it was Sean MacStiofain who insisted in the disappeared bodies (sic) in 1972 and Adams was opposed.’

A dramatic claim to be sure but one, I would maintain, that really doesn’t withstand serious scrutiny.

Sean MacStiofain ceased to be IRA Chief of Staff at the end of November, 1972 when he was arrested after a controversial radio interview with RTE. Yet the disappearances continued. So either Adams had as little influence with his successor as he had with MacStiofain, or he never raised the issue.

The possibility that it was the latter is strengthened by the fact that MacStiofain’s successor was Joe Cahill, a Belfast IRA veteran and friend of the Adams family, someone Gerry Adams knew well, not least from the days when Cahill was Belfast commander and Adams was in charge of the 2nd Battalion.

MacStiofain’s abrasive nature was a legend but why would Joe Cahill refuse a request from the head of the most important section of the IRA at that time, someone whose support could prove invaluable to his own ambitions? Not even the IRA was immune to office politics.

MacStiofain died in 2001, so his input into this dispute can only be guessed at.

Joe Cahill, as he would have looked when he took over as Chief of Staff

Three people were disappeared at the time or after the change of IRA leadership. It is possible that two of them, alleged informers, Seamus Wright and Kevin McKee, who were supposedly working for the British Army’s MRF, were killed before MacStiofain’s fall but just as likely that they were killed during Cahill’s reign.

Wright and McKee were kept alive long after their due execution date by captors who were so reluctant to pull the trigger that a gunman had to be dispatched from Belfast to kill them. So they may have outlasted MacStiofain, meaning they died either because Adams could not dissuade Cahill or had not tried to.

But in the case of the disappearance of alleged informer Jean McConville, who was abducted from her Divis Flats home in December 1972, she was dispatched to a secret grave during Cahill’s time as the top man. Sean MacStiofain had no art nor part in her death. Of that there is no doubt.

The likelihood that it was the latter is supported by the fact that the ‘disappearing’ tactic continued to be used during the reigns of subsequent IRA chiefs, even those whose rise was made possible by the Adams’ takeover of the IRA. Vincent Browne’s claim would be more credible if disappearances by the IRA had ended with the rise of Adams and his allies. But they didn’t.

Martin McGuinness and Gerry Adams, pictured in 1989. Both men have been accused of involvement in disappearing people

The practice resumed with the killing of IRA Belfast Quarter Master, Eamon Molloy, who was suspected of giving information to the British Army that led to the arrests of Gerry Adams and Brendan Hughes in 1973. He was consigned to a secret grave in 1975 after being lured to the south Armagh border. Was the manner of his death revenge for his treachery?

And so it went on, even as Adams and like-thinking allies gradually climbed the IRA’s greasy pole: Peter Wilson in 1973, Columba McVeigh in 1975, Robert Nairac in 1977, Brian McKinney, Brendan Megraw and John McClory in 1978.

Nineteen-seventy-eight was the year when Adams, released from jail the year before with ambitious plans to revive the IRA, was briefly Chief of Staff, only to be succeeded by Martin McGuinness, his ally and friend. One or the other was running the IRA when those three men were dispatched to hidden graves.

That year, as far as we know, was the last time that the IRA disappeared anyone. But even so there still was no clear prohibition on disappearing people. So much so that with the 1994 ceasefire just weeks away, the IRA Army Council met that summer to decide the fate of a Belfast woman IRA member and mother-of-three, Caroline Moreland who had been judged guilty of informing on an arms dump. 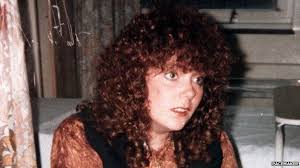 Caroline Moreland – Martin McGuinness wanted to disappear her for informing in 1994, over twenty years after the IRA first started the practice

One member of the council, Northern commander and chairman of the ruling IRA body, Martin McGuinness suggested that Moreland should be disappeared. That way no-one would know the IRA had killed a woman.

(In 1973 McGuinness himself had been involved in disappearing an alleged informer in Derry but was forced to retrieve the victim’s remains by public pressure, not least from local IRA supporters. You can read about that here.)

To his credit Adams objected and won over the meeting, although with a ceasefire pending the public relations downside of the disappearance becoming known about may have weighed more heavily than humanitarian concerns. Instead Caroline Moreland’s body was found dumped in the Fermanagh countryside.

The point of the story however, is that more than twenty years after Gerry Adams, according to VB’s IRA source, allegedly objected to Sean MacStiofain’s policy of disappearing people, the leadership of the IRA, of which Adams was by now a longstanding member, was still free to debate the pros and cons of putting people they didn’t like into secret graves.

8 responses to “Gerry Adams, Vincent Browne And ‘The Disappeared’……”