A European View Of Donald Trump

This editorial, in the German magazine Der Spiegel, was written on May 19th, before Trump’s withdrawal from the Paris climate agreement. The author was the publication’s editor, Klaus Brinkbaumer. One can only imagine that views have considerably hardened since Trump abandoned the world’s efforts, minimal and of dubious effectiveness as they are, to curb climate warming.

America is rapidly becoming isolated, its leader reviled. And all because of an electoral system that was devised and designed, via the mechanism of the Electoral College, to pander to slave-owning States two centuries ago. 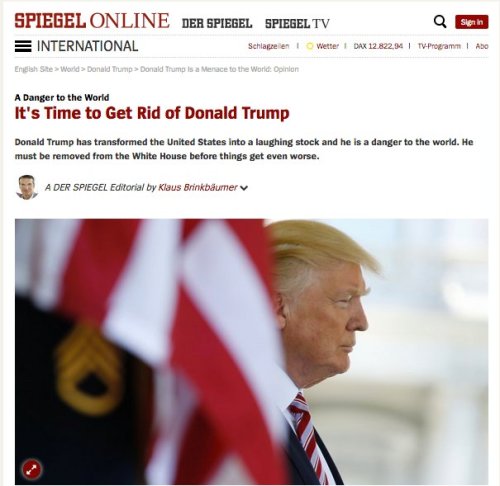 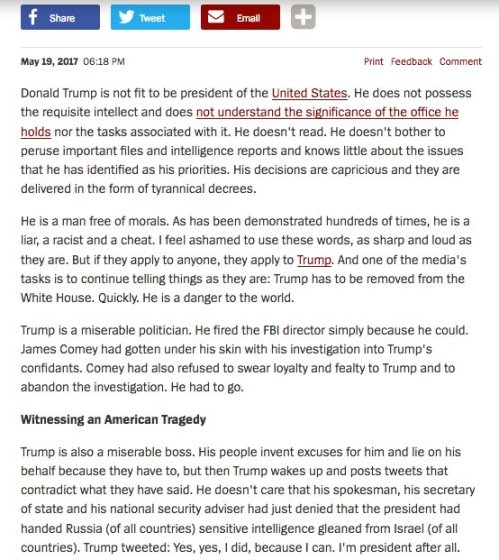 One response to “A European View Of Donald Trump”