In the columns of Time magazine, un-indicted war criminal, Henry Kissinger reveals himself to be a sometime adviser to Jared Kushner, son-in-law of Donald Trump and said by mainstream media types to be the coming power behind the White House throne and replacement for right-wing loony Steve Bannon.

Canny investors are said to be placing stock market bets on Dow Chemicals, makers of napalm and Monsanto, manufacturers of Agent Orange.

Here is what he says about his new protege: 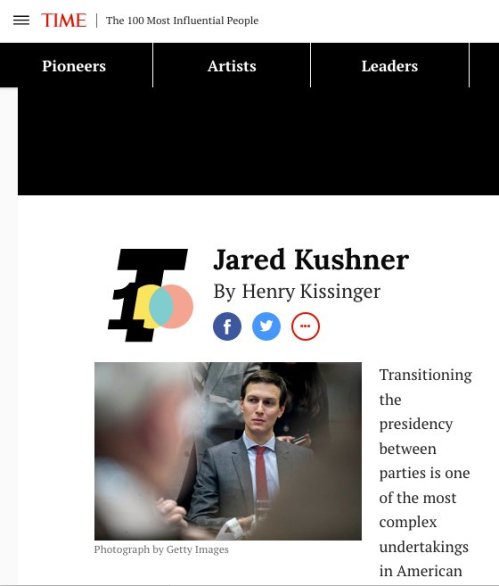 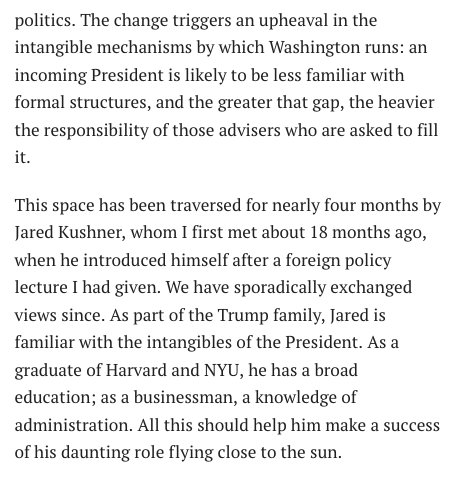