Shame On Andrew Jennings For Aiding FBI Over FIFA Bribery

Every scandal needs a hero and the international media have found one in the unlikely shape of Andrew Jennings – “the curmudgeonly old reporter” as The Washington Post headline calls him – who helped expose the shenanigans that have rocked FIFA and brought down Sepp Blatter. 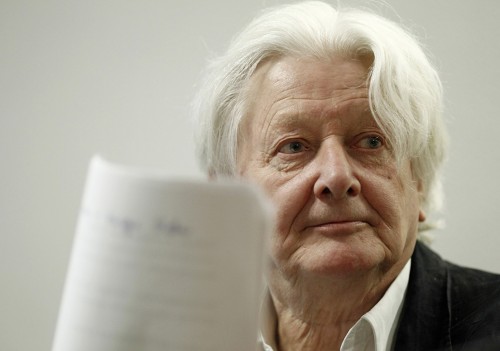 Jennings, a 71-year-old investigative reporter, has spent the last fifteen years probing the muck at the bottom of the FIFA pond and has written two books and helped produce a major BBC documentary exposing the bribery and financial skullduggery that seemingly is part of FIFA’s DNA under Blatter.

Fantastic, investigative journalism for which he deserves every plaudit available.

But then, six years ago, he crossed a line that no reporter should cross. He stopped being a journalist and became a policeman.

This is how he describes what happened:

In 2009, he got a call from an “ex-spook” who wanted to introduce Jennings to a few people.

“I go down to London to this anonymous office block, and you go in and there are three men with American accents,” Jennings remembers. “They’ve got government-style haircuts. They introduce themselves as FBI special agents and give me their business cards, which say ‘organized crime squad.’”

“Bliss,” Jennings remembered thinking. “The European police forces will do nothing [about FIFA] so it was damn good to see professional investigators get involved.”

Jennings was eager to help, and after making a few phone calls to sources in the Americas, he sent confidential Confederation of North, Central America and Caribbean Association Football (CONCACAF) financial reports to the FBI and the IRS. They showed mysterious, multimillion-dollar “commissions,” Jennings claimed.

“I said, ‘Right, let’s just level the playing field a bit,’” he said. “And I gave them the documents that really got this going.”

Jennings points to the comfortable, uncritical relationship that the bulk of the mainstream media had with FIFA and Blatter – a relationship he believes helped corruption at FIFA to flourish – to justify joining forces with the FBI. Knowing exactly what he means and the anger and frustration he felt, I can sympathise with him – but only to a point.

Once a journalist crosses the line that separates his or her profession from the police or any law enforcement or security agency, they forfeit any trust sources can have in them. Once you cross that line you can never go back.

Andrew Jennings did a great job of journalism on FIFA and the FBI were entitled to work on and expand any information that he made public through his journalistic efforts. But Jennings should have left it at that.

He didn’t and as a result has tarnished the profession of journalism, made crossing that sacred line seem acceptable, even laudable, and set an example that others may be tempted to follow. Shame on him.

Postscript: I can understand how some readers feel that cleaning out the FIFA stable outweighs concern at Jennings’ behaviour but there is a principle here. If you think it is okay to help the FBI put Blatter &  Co behind bars then equally it would have been acceptable for Glenn Greenwald or Laura Poitras to have ratted out Edward Snowden.

This entry was posted in Uncategorized and tagged Andrew Jennings, FIFA. Bookmark the permalink.