It is not often that thebrokenelbow.com pays much heed to sex scandals, much less those involving under age victims. But when it is a case of the powerful abusing the weak, such as the Kincora scandal, then it becomes a different matter.

Such outrages are a matter of legitimate public interest and concern for they expose the reality of unequal power relationships in society. The ‘teenage sex slave’ scandal that has embroiled Prince Andrew falls into that category.

The figure at the centre of the scandal, Jeffrey Epstein (61) is a Wall Street billionaire who procured under age girls for sex with himself and a coterie of friends from the upper reaches of society. His friends were allegedly entertained at sex parties at luxury pads in London, New York and on a private island in the US Virgin Islands.

Epstein was eventually put on trial, was convicted but given a lenient sentence of just 13 months jail time (contrast this with the five years English soccer player, Ched Evans got for a disputed rape) while a non prosecution agreement (NPA) concerning other alleged assaults was negotiated with the US government on his behalf by Alan Dershovitz, the former Harvard law professor and staunch friend of Israel who, it now turns out, was also allegedly involved in the pedophile sex parties!

Pro-Israel advocate, Alan Dershowitz, negotiated a non-prosecution deal for Epstein but now accused of involvement in the abuse

It is difficult not to look at the sordid details of Epstein’s treatment by the US legal authorities and find echoes of the leniency showed to the big banks involved in the 2008 financial collapse. One law for the super-rich, another law for the rest of us!

Another person who allegedly assisted in the negotiation of that NPA, according to court papers, was none other than Prince Andrew, eldest brother of the heir to the British Crown, who has been forced to abandon a skiing holiday at the Swiss resort of Verbier to return to Buckingham Palace to deal with the growing scandal.

Other characters in this burgeoning drama include Ghislaine Maxwell, daughter of disgraced newspaper mogul Robert Maxwell and the French model scout Jean Luc Brunel. The latter pair are alleged to have played the role of pimps to Epstein, Prince Andrew and Alan Dershowitz. 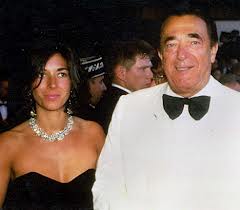 Meanwhile one of the two women who have laid these new charges, Virginia Roberts – known as ‘Jane Doe 3’ in the court papers – is quoted in the media this morning as saying she will not “be bullied back into silence”.

Here, below, is the full text of the complaint lodged with court authorities in South Florida. We shall see how this sordid affair turns out but as for those hoping to see Prince Andrew end up in the dock, well good luck with that!