Is Fergie The Most Devious, The Most Cunning Of Them All?

As a lifetime supporter of Tottenham Hotspur, it doesn’t take much for me to delight in the travails of Manchester United, a team which, when I was a regular visitor at White Hart Lane, could be almost guaranteed to ruin your season.

Aside from one memorable Saturday when Spurs hammered United 5-2, with Jimmy Greaves scoring a goal to die for, United would invariably score easy wins over Tottenham and invariably end the season ahead of them in what was then the First Division. 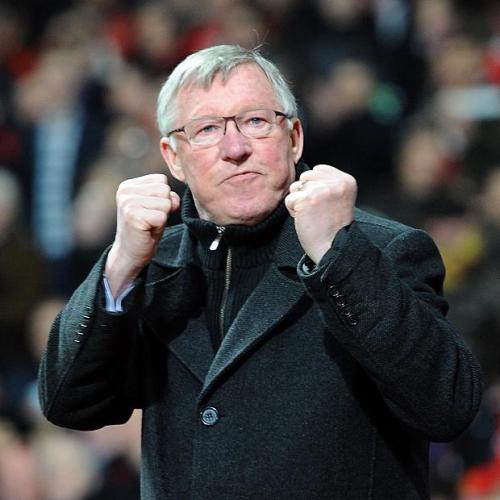 But in football every dog has its day, it seems. Arsenal once strutted the land but no more; similarly Liverpool and Everton and even Chelsea (a team whose supporters are a particularly obnoxious bunch) look like they are in severe difficulties. And so with Manchester United, it appears. Today’s defeat by Manchester City was so comprehensive and United’s performance so lacklustre and uninspiring, that the thought that a decline is on its way of the sort that can last for years and take a near miracle to reverse does not seem as absurd as it would have been two or three years ago.

That happened after the Busby years and it wasn’t until Alex Ferguson moved from Aberdeen to take over at Old Trafford that United’s fortunes improved. Ferguson has now moved on himself, although he appears still to be hovering in the background, and had a crucial say in the choice of his successor, the Everton manager David Moyes.

Now, I had always regarded Moyes as a typical middle of table manager, solid, reliable but lacking that certain je ne sais quoi that is present in the exceptional manager. And since I always had assumed that Ferguson was no idiot, I wondered why he had chosen this man to succeed him.

Thinking about this I was reminded of an experience I had in Irish journalism and I must tell the story carefully. Irish journalism happens in a very small if often vicious arena and if I go into too much detail it will be a simple matter to put a name to the person I am writing about.

Anyway this journalist was very successful and very, very ambitious and during his career held down some of the most important and glamorous jobs in Irish journalism. His professional life had always seemed to taken an upwards soaring arc and no-one, it seemed, could come near equaling his flair and ability to catch the scoop. At least that was the image.

One day, in his cups, he divulged one of the secrets of his success to me. Whenever he moved on from one job to another he naturally had a great say in choosing his successor. And so, he said, he always made sure that the person who took over him was several notches below in terms of ability. That way they would never make the sort of impression he had and his record would look even more lustrous.

I tell this story because I wonder if Fergie has done the same at United, helped choose a manager whose performance he knows will make his years look all the better? I was reminded also of Charlie Haughey’s famous words about Bertie Ahern, words that would always haunt the future Taoiseach: “He’s the man. He’s the best, the most skilful, the most devious, and the most cunning of them all.” Except those honours really belonged to Charlie. As they do to Fergie.

The score in that Spurs-United match (which took place in 1965) was 5-1, not 5-2. United’s team included Best, Law, Charlton and other greats. You can watch the highlights here:

6 responses to “Is Fergie The Most Devious, The Most Cunning Of Them All?”