Did Thatcher Kickstart The Peace Process?

Within an hour of hearing the news that Maggie Thatcher had died I logged on to Sinn Fein’s website to see what the Provos were saying about the woman and her political legacy. The BBC World Service had made a passing reference to negative comments having been made by Gerry Adams but no more detail than that. 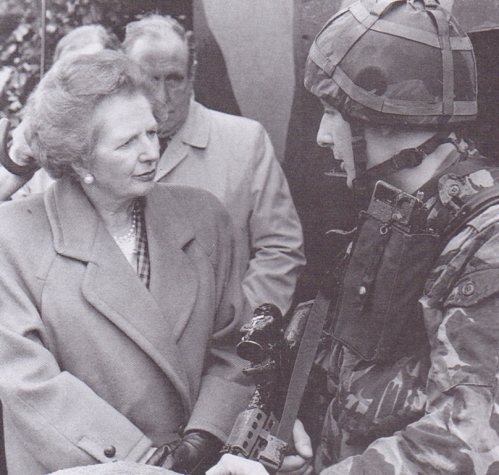 Given that she was, at least in popular perception, the most consequential and divisive of British prime ministers during the Troubles in Northern Ireland but that at least part of her story – the bit dealing with the hunger strikes of 1981 – has been considerably revised and challenged in the decades since, I was eager to see just exactly what the Sinn Fein leadership was saying about her.

But what caught my attention was not what was said about the 1981 protest that led to ten prison deaths – and there was very little dealing with that – but Gerry Adams’ concluding remark: “Her Irish policy failed miserably.”

Death of Bobby Sands and other IRA prisoners led to Sinn Fein fighting elections and ultimately to the peace process – did Thatcher make it all possible?

It caught my eye because I had to scroll down the page to get to the Adams’ statement and in the process I noticed this headline: ‘Carrier Bag Proposer Welcomes Introduction’. It was a story about how Daithi McKay, a Sinn Fein Assembly member from North Antrim had successfully introduced a new law in the Northern Ireland Assembly at Stormont imposing a levy of five pence on plastic carrier bags supplied by supermarkets.

His proposal won sufficient cross party support to become law and as Mr McKay put it: “(The levy) has been enormously successful in the rest of Ireland and I expect that it will also lead to a significant reduction in the number of carrier bags being used in the north.” 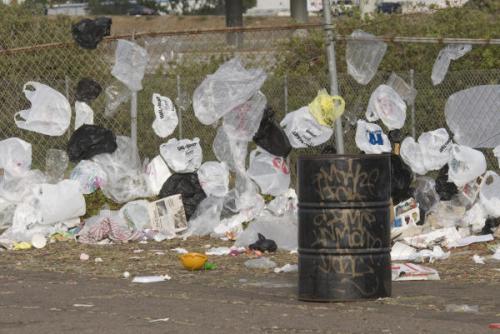 Now don’t get me wrong. I hate plastic supermarket bags as much as the next man (and I live with someone who insists on hoarding the damn things!) so anything that helps get rid of them must be good. Nothing is more unsightly than this industrial equivalent of tumbleweed; it gets blown everywhere and has an annoying knack of getting caught on wire fences, visually blighting working class housing estates in particular.

So fair play to Daithi McKay. But I just couldn’t see how what he had achieved could sit comfortably with Gerry Adams’ claim that Margaret Thatcher’s Ireland policy had failed miserably.

What I mean by that is this: if you had said to Maggie Thatcher back in 1981 that as a result of her stance during the hunger strikes, or at least her stance as it was successfully depicted to their supporters by Sinn Fein, the Provos were able to move into electoral politics and channel all that resulting Nationalist anger into votes and that as a consequence within a decade or so there would be a unilateral IRA ceasefire and a peace process that would lead to the IRA destroying its own weapons, Sinn Fein becoming ministers in a power-sharing government in Belfast and Daithi McKay proudly proclaiming his achievement in persuading his Unionist colleagues at Stormont to impose a five pence levy on plastic bags, and all this without even a hint of a threat to Northern Ireland’s Finchley-like Britishness, Maggie Thatcher might well feel entitled to say: “If that is what failing miserably looks like, then give me more!”

6 responses to “Did Thatcher Kickstart The Peace Process?”