Within the confines of its goals, Sinn Fein’s peace process strategy was both clever and effective. Boiled down to its essence it amounted to the party negotiating away the IRA’s war and associated political dogma in return for political and electoral gain and advantage for Sinn Fein. 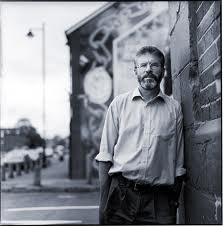 The goal was not a united Ireland – that was never on the agenda – but the relaunch of Sinn Fein as a constitutional party of government in both parts of Ireland, firstly and most easily in the North and then, with initial hiccups but then with some help from the bankers, in the South.

The Provos had some valuable, even priceless chips to trade with the British in the peace process negotiations. These included the first and second ceasefires, the acceptance of the consent principle, the decommissioning of the IRA’s arsenals, agreement to become Ministers in the government of the state they were once pledged to destroy, deference to British economic and social policies, recognition of the PSNI and finally, formally ending the IRA’s war and the dismantling of its structures.

The Sinn Fein negotiating team were very adept at playing some of these chips. The decommissioning chip in particular was deployed in such a way that it helped destroy both the SDLP (an intended goal which gave SF the leadership of Northern Nationalism) and David Trimble and his Official Unionists (perhaps unintended but ultimately advantageous to the party).

But Sinn Fein could not have strung out the decommissioning process for so many years (seven of them to be exact) without the approval and assent of the British authorities. To the intense frustration and anger of Trimble’s allies, Blair’s government refused time and again to apply pressure or threaten sanctions against Sinn Fein unless the IRA made good on the pledge to disarm. Even when the IRA robbed the Northern Bank and its members knifed Robert McCartney to death, Blair’s government, along with the Bertie Ahern administration in Dublin, sought refuge in denial, so strong was the impulse to coddle the Shinners.

The reason why the Blair government behaved like this was the same reason that key parts of the security establishment, namely MI5 and the RUC Special Branch, went out of their way in those days to help those in the Provos who favoured the peace process and to hinder those who were opposed. (I remember, as an example, one senior Special Branch man telling me how, on the eve of IRA Conventions, his men would issue orders for the arrest of troublemaking delegates so they wouldn’t be there to cause Adams and his allies any difficulties).

After all the prize was unimaginably alluring and something that even in their wildest dreams security chiefs could never have believed possible: the war being ended by Provisional IRA fiat, its leaders delivering its members and guns into a settlement that was less than that available to the SDLP in 1974. It made obvious common sense that the security forces would do all they could to ensure this outcome and help those in the Provos who were leading the mission.

Perversely and for reasons all to do with convincing its supporters that the peace strategy was heading to a very different place, Sinn Fein leaders persisted in claiming that the security establishment was actually fighting tooth and nail to do the opposite, to obstruct its negotiations. So was born the securocrat myth, the idea that legions of MI5 and RUC Special Branchmen were working day and night to hinder Sinn Fein’s clever plan to achieve Irish unity.

It was of course nonsense – but only at the time. The key point is that that was then and this is now. The IRA has given up most of its weapons (the non-defensive ones, that is), the IRA itself has formally ended its war with Britain and its structure & units have mostly been dismantled. Defanged and disarmed the IRA now presents no threat to the British and accordingly the need to indulge and accommodate the Provos and their leaders has diminished.

It is not difficult to imagine how much it must have stuck in the craw of MI5 and the RUC Special Branch to lend a hand to Gerry Adams during the days of the peace process. He was, after all, the effective leader of an organisation that had killed the Queen’s cousin, nearly obliterated Margaret Thatcher and her cabinet, had bombed the City of London to smithereens and generally made their lives miserable and complicated for over three decades. The temptation to hang him out to dry must have been immense but given that their real interests lay in the opposite direction, they resisted it. But that need has gone.

This then is the weakness of the Provos’ peace strategy. As long as they had chips to play in negotiations and as long as the IRA was a threat then it behoved the British to lend Adams and his colleagues a hand; the strategy was a strong and powerful one for these circumstances. But once the deal was done what reason was there for the British to continue cosseting the Sinn Fein leadership, especially since the various dissident groups have turned out to be every bit as inefficient, divided, riddled with agents and incapable of presenting a threat as it was predicted they would be?

It is in such circumstances that the thoughts of some in the security establishment may turn to revenge against people like Adams, to extract payback for Mountbatten, Warrenpoint, Brighton and so on. Especially so at a time when his party is on the verge of significant electoral and political success in the South. If that project could be undermined or damaged, then so much the better.

That’s where the subpoenas served against Boston College, seeking Dolours Price’s interviews as well as any that mention the disappearance and death of Jean McConville, enter the story. From what is known publicly about that killing, from Brendan Hughes’ published interviews and especially Dolours Price’s tape-recorded interview with Allison Morris in the Irish News/Sunday Life in February 2010 – which was ultimately responsible for the move against Boston College – any criminal investigation of the McConville death is bound to end at Gerry Adams’ door, one way or another.

As the saying goes, revenge is a dish best served cold.