When The IRA Plotted To Kill Chris Ryder 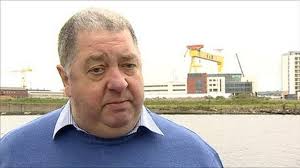 Chris Ryder. who has died, was saved from IRA assassination by a fellow journalist

Chris Ryder, the controversial journalist and Troubles scribe, who died yesterday in a Belfast hospital, was once targeted for assassination by the Belfast IRA, angered by articles that he had written about the organisation in The Sunday Times during the mid-1970’s.

The organisation, which at the time was led by Seamus Twomey, was also angry about his relationship with the Drumm family and accused him of abusing his friendship with Maire and Jimmy Drumm to write hostile articles about them and the Provos.

Ryder had gone to school with some of the Drumm children and when the Troubles erupted this relationship gave him an entree into journalism at a time when British newspapers were mostly clueless about Belfast and its mysterious paramilitary world.

Senior figures in the Belfast Brigade made plans to kill him but at a late stage decided to take advice from a British journalist about the likely consequences. The reporter, who left Belfast in the late 1970’s, told this writer about the episode but since he is still alive, he must remain nameless.

The reporter met the Belfast leadership and told them that killing Chris Ryder would backfire badly on the IRA and turn the media strongly against them. Thanks to his advice, the IRA decided to spare Ryder and he went on to live a full life.

A number of articles written by Chris Ryder for The Sunday Times, including one which alleged widespread corruption by an IRA Company in south-west Belfast and which helped create the ‘Godfathers’ label applied to top Provos, had angered senior Provos. These led to accusations that Ryder, along with another Sunday Times reporter, had collaborated with British military intelligence to produce the article.

The Sunday Times had also identified a suspected double agent in the IRA, Louis Hammond, who was a member of the so-called ‘Freds’, Provos who had agreed to work for the Army’s Military Reaction Force. Hammond was shot by the IRA and left permanently disabled when details about him were were published, enough for the IRA to put a name to their alleged traitor.