Posted on June 17, 2020 | Leave a comment
Sometimes one is forced to wonder if there is any life left in the ranks of the media in Belfast, or whether self-censorship is now so pervasive, my former colleagues now shut their eyes to scandals even within their own ranks.
As regular readers of this blog will know a scandal has been simmering for months concerning allegations that a senior BBC executive in Belfast has been bullying his staff for years.
Although thebrokenelbow.com has been aware of this person’s name for some time, I have respected the cloak of anonymity thrown over the affair.
Now, however, thanks to a written question in the House of Commons asked by DUP MP, Gregory Campbell and an item published in Private Eye, the name is now public. The figure at the centre of the bullying allegations is Spotlight chief, Jeremy Adams.
But that, really, is not the entire point of this post. The parliamentary question and the Private Eye item are weeks old. Gregory Campbell asked his question at the beginning of June, which was also when the Private Eye item appeared. So why the silence from the Belfast media? 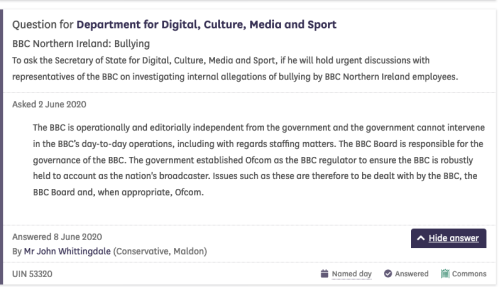 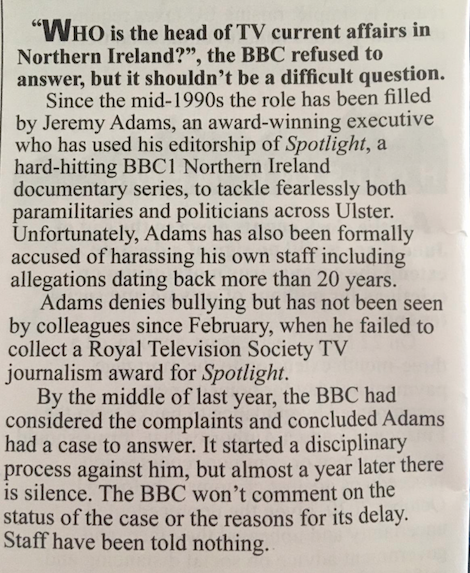 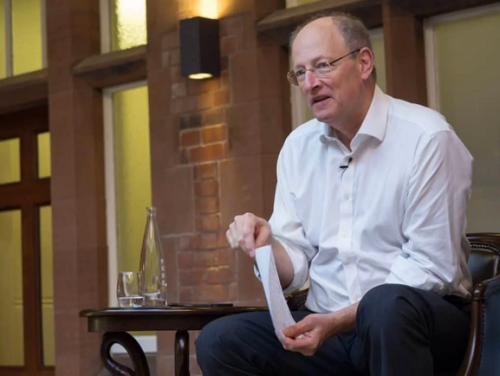