I am sorry to have to report that Valerie Shaw, the former Free Presbyterian missionary and confidante of Ian Paisley, died today at the Hockley nursing home in Armagh, which is run by the Elim Pentecostal Church.

She had suffered for many years from multiple sclerosis and only recently moved from her north Belfast home to Armagh. She was a good friend of myself and Andy Pollak, who met her while investigating the Kincora Boys Home scandal in the early 1980’s. 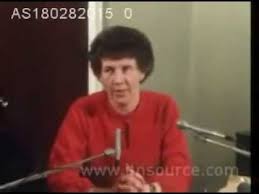 She was a source for much of our coverage of the Kincora scandal in The Irish Times, in particular that she had informed Ian Paisley that Kincora’s housefather, William McGrath was a paedophile who worked at the boys’ home on the Upper Newtownards Road.

“I approached Dr Paisley on at least seven occasions,” she said in TV interviews. “I asked him time and time again what he intended to do about this. My concern all along was very much for the fact that there were young boys under the threat of this man’s (McGrath’s) corruption.”

Paisley always denied that he knew where McGrath worked, even though he was a long time associate of McGrath, who had founded Tara, a small but influential ‘doomsday’ Loyalist paramilitary group which at one stage was closely associated with the Ulster Volunteer Force. 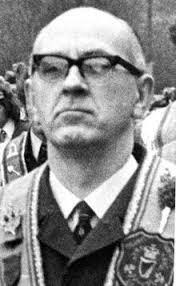 William McGrath – he founded an Orange lodge known as Ireland’s Heritage which had its Twelfth of July banner inscribed in Irish, a feature which persuaded the Department of Foreign Affairs in Dublin to believe that there were pro-Nationalist elements in the Orange Order. In fact McGrath believed that the Irish language predated Ireland’s association with Catholicism.

McGrath, who was a fundamentalist preacher, and two other Kincora workers, Raymond Semple and Joseph Mains pled guilty at their trial on charges of abusing boys, a move which prevented lurid details of the scandal being aired in public.

McGrath always claimed that the charges had been fabricated by the UVF.

The scandal threatened for a while to destabilise Unionist politics, not least because McGrath had nurtured the careers of many young, talented figures in both Paisley’s DUP and the Official Unionists.

A by-election in South Belfast at the height of the scandal saw fist fights break out between rival Unionists at the election count as each party attempted to link McGrath with the other. 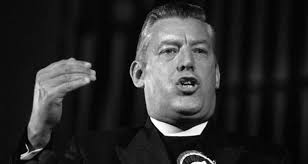 Ian Paisley, pictured at around the time of the Kincora scandal

It also put an unwelcome focus on the extent of gay involvement in Unionist politics. The leader of the Official Unionist Party, Jim Molyneaux, who was in alliance with Paisley after the Anglo-Irish Agreement of 1985, was himself gay, although this did not publicly emerge until after his death.

Rumours that MI5 and/or British military intelligence had used the scandal to blackmail prominent Loyalist figures have persisted to this day.

Paisley never forgave Valerie Shaw for publicly exposing his associations with McGrath and her widely believed and credible accusations against him brought him to an unprecedented low point in his political career.

She broke with the Free Presbyterian Church when Paisley refused to act but for some time afterwards continued her work as a missionary to the Jews, in Manchester and in Belfast.

Her place in Northern Ireland’s recent history is, however, assured as a plausible and persuasive source for a story that, for a while, seared Unionist politics and left a mark that is still legible.

She was a good woman, a great source for a newspaperman and will be sadly missed by all her friends.