Iran Riots – Is This Trump CIA Appointment Just A Coincidence?

I don’t know the answer to the question above, but it is worth considering in light of this New York Times article from June last year. It wouldn’t be the first time the CIA fomented riots to achieve regime change in Iran:

By MATTHEW ROSENBERG and ADAM GOLDMANJUNE 2, 2017 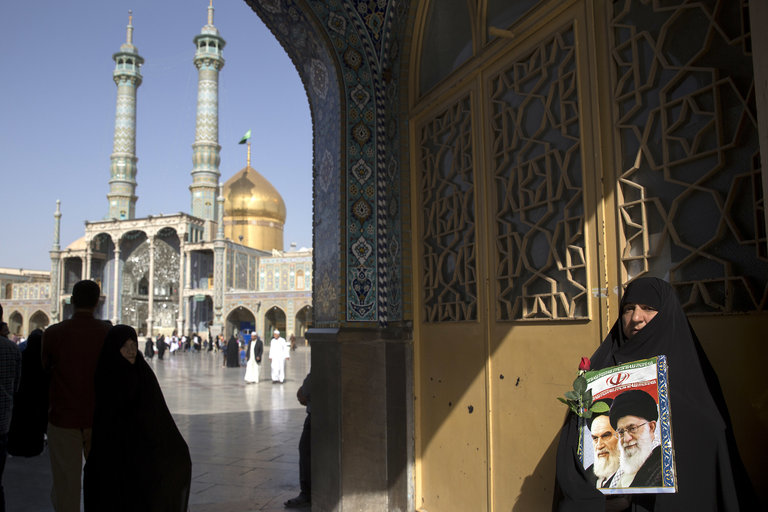 Iranian voters in the city of Qom, south of Tehran, last month in the country’s first presidential election since its nuclear deal with world powers. Majid Saeedi/Getty Images

WASHINGTON — He is known as the Dark Prince or Ayatollah Mike, nicknames he earned as the Central Intelligence Agency officer who oversaw the hunt for Osama bin Laden and the American drone strike campaign that killed thousands of Islamist militants and hundreds of civilians.

Now the official, Michael D’Andrea, has a new job. He is running the C.I.A.’s Iran operations, according to current and former intelligence officials, an appointment that is the first major sign that the Trump administration is invoking the hard line the president took against Iran during his campaign.

Mr. D’Andrea’s new role is one of a number of moves inside the spy agency that signal a more muscular approach to covert operations under the leadership of Mike Pompeo, the conservative Republican and former congressman, the officials said. The agency also recently named a new chief of counterterrorism, who has begun pushing for greater latitude to strike militants.

Iran has been one of the hardest targets for the C.I.A. The agency has extremely limited access to the country — no American embassy is open to provide diplomatic cover — and Iran’s intelligence services have spent nearly four decades trying to counter American espionage and covert operations.

The challenge to start carrying out President Trump’s views falls to Mr. D’Andrea, a chain-smoking convert to Islam, who comes with an outsize reputation and the track record to back it up: Perhaps no single C.I.A. official is more responsible for weakening Al Qaeda.

“He can run a very aggressive program, but very smartly,” said Robert Eatinger, a former C.I.A. lawyer who was deeply involved in the agency’s drone program.

The C.I.A. declined to comment on Mr. D’Andrea’s role, saying it does not discuss the identities or work of clandestine officials. The officials spoke only on the condition of anonymity because Mr. D’Andrea remains undercover, as do many senior officials based at the agency’s headquarters in Langley, Va. Mr. Eatinger did not use his name. The New York Times is naming Mr. D’Andrea because his identity was previously published in news reports, and he is leading an important new administration initiative against Iran.

Mr. Trump called Iran “the number one terror state” and pledged throughout the campaign to dismantle or revise the landmark deal between Iran and six world powers in which Tehran agreed to limit its nuclear program in exchange for sanctions relief.

The president has not gone through with that threat, and his administration has quietly recertified Iran’s compliance with the deal. But he has invoked his hard line on Iran in other ways. Secretary of State Rex W. Tillerson has described the deal as a failure, and Mr. Trump has appointed to the National Security Council hawks eager to contain Iran and push regime change, the groundwork for which would most likely be laid through C.I.A. covert action.

Lt. Gen. H. R. McMaster, the national security adviser, was an armored cavalry commander during the early years of the war in Iraq, and he believes that Iranian agents who were aiding Iraqi insurgents were responsible for the deaths of a number of his soldiers. Derek Harvey, the senior director for the Middle East at the council, is also considered an Iran hawk.

And Ezra Cohen-Watnick, the council’s senior director for intelligence — the main White House liaison to intelligence agencies — has told other administration officials that he wants to use American spies to help oust the Iranian government, according to multiple defense and intelligence officials.

Mr. Pompeo, who represented south-central Kansas in the House, was among the fiercest congressional critics of the Iran deal. Two months before the election, he published an essay in Foreign Policy magazine titled, “Friends Don’t Let Friends Do Business With Iran.”

He pledged during his Senate confirmation hearing in January that should the deal remain in place, he would keep a fierce watch to ensure Tehran was sticking to the terms.

“The Iranians are professionals at cheating,” he said.

In Mr. D’Andrea, the director has found a workaholic to be his Iran sentinel. Mr. D’Andrea grew up in Northern Virginia in a family whose ties to the C.I.A. span two generations. He met his wife, who is Muslim, on a C.I.A. posting overseas, and converted to Islam to marry her, though he is not known to be particularly observant.

At the C.I.A., Mr. D’Andrea’s reputation for operational acumen is matched by his abrasive demeanor. “Surly” seems to be the most popular description, say those who have worked alongside him, and some people at the agency have refused to work for him.

A former agency official said that he had once asked Mr. D’Andrea, who has been known to keep a hideaway bed in his office, what he did for fun.

Asked whether Mr. D’Andrea’s appointment was a sign that the C.I.A. planned to take up a more aggressive line toward Iran, Mr. Eatinger said, “I don’t think it’s the wrong read.”

Mr. D’Andrea’s personal views on Iran are not publicly known. It is also not his job to make policy but to execute it, and he has demonstrated that he is an aggressive operations officer.

In the years after the Sept. 11 attacks, Mr. D’Andrea was deeply involved in the detention and interrogation program, which resulted in the torture of a number of prisoners and was condemned in a sweeping Senate report in 2014 as inhumane and ineffective. Only the executive summary of the 6,700-page report has been made public; the Trump administration has begun returning copies of the full document to Congress, which is not subject to Freedom of Information Act requests, raising the prospect that it will never be released.

Mr. D’Andrea took over the agency’s Counterterrorism Center in early 2006 and spent the next nine years directing the hunt for militants around the world.

Operatives under his direction played a pivotal role in 2008 in the killing of Imad Mugniyah, the international operations chief for Hezbollah, the Iranian-backed Shiite militant group based in Lebanon. Working with the Israelis, the C.I.A. used a car bomb kill to Mr. Mugniyah as he walked home in Damascus, where Hezbollah enjoys strong ties with and support from the Syrian government.

When Mr. D’Andrea took over as the counterterrorism chief, only a handful of the agency’s drones were operational in Pakistan, and there were only three strikes that year, according to the Long War Journal, which keeps a tally of drone activity. By 2010, when the drone campaign was at its height, the agency launched 117 strikes against Qaeda militants and other jihadists sheltering in the mountainous tribal areas that run along Pakistan’s northwestern border with Afghanistan.

The agency also expanded its drone program to Yemen under Mr. D’Andrea’s direction, and many in the C.I.A. credit him with playing an instrumental role in impairing Al Qaeda.

But there were also setbacks. Mr. D’Andrea was at the helm when a C.I.A. source secretly working for Al Qaeda blew himself up at an American base in Afghanistan, killing seven agency operatives. It was the single deadliest attack on C.I.A. personnel in more than a quarter-century.

And in January 2015, a drone struck a Qaeda compound in Pakistan where, unbeknown to the C.I.A., the militants were holding two hostages: Warren Weinstein, an American aid worker and economic adviser, and Giovanni Lo Porto, 37, an Italian. Both men were killed in the strike.

“A lot of people I know were scared of him and thought he was reckless, but he really wasn’t,” Mr. Eatinger said. “He was very precise and held people to very high standards.”

Correction: June 6, 2017
An article on Saturday about Michael D’Andrea, who has been appointed to head the Central Intelligence Agency’s operations related to Iran, misidentified the type of Army unit that Lt. Gen. H. R. McMaster, the national security adviser, commanded during the early years of the war in Iraq. It was an armored cavalry unit, not an infantry unit.