Gerry Adams And The Loughgall Ambush – Some Necessary Background

There are a number of important caveats to bear in mind when considering reports in the Irish & British media today – see here, here and here – that Fr. Denis Faul, the Dungannon priest and human rights activist, had heard rumours, which he passed on to the Irish government, that Gerry Adams had set up the East Tyrone IRA unit to be wiped out by the SAS at the Loughgall ambush in May 1987.

Not least of these is the fact that Faul and the Provos were by 1987 at daggers drawn and Faul had reason both to dislike the Sinn Fein leader and to believe that he was capable of conniving at such cold-blooded slaughter.

Initially seen as an IRA sympathiser, so much so that the UDA once contemplated assassinating him, Fr Faul had fallen out badly with the Adams’ leadership during the 1981 IRA hunger strikes.

He had concluded, and was not alone in doing so, that a peaceful settlement of the protest had been sabotaged by Adams and his allies for political advantage, not least the anger at the British stirred up in the Catholic community. 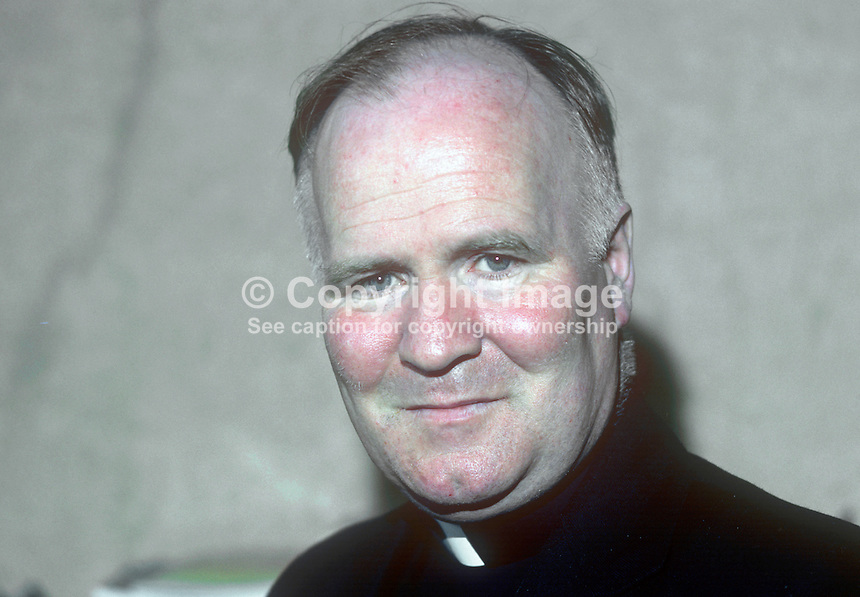 So, if Faul believed that Adams had connived at the death of comrades on hunger strike, he would also think him capable of doing the same to those gunned down at Loughgall. Faul died in 2006, so what he really meant by these reported comments went with him to the grave.

Eight crack IRA activists died in a hail of bullets at Loughgall – one estimate suggested 1200 rounds were fired – as they bombed an empty RUC station in the Co Armagh village on a balmy early summer evening. One Catholic civilian, caught up by chance in the ambush, also died and his brother was badly wounded.

The IRA death toll was the highest suffered by the organisation during the Troubles and the loss had an incalculable impact on the slowly developing peace process, not least devastating and demoralising the IRA and its support base in one of the strongest republican areas in the North, one expected to be the least sympathetic to the compromise inherent in the peace process strategy.

Fr. Faul had his reasons to suspect that Gerry Adams’ hand lay behind the ambush, but there were other, equally credible explanations, including mistakes made by the IRA team as well as routine British surveillance or the activities of informers unconnected to the republican leadership.

But in East Tyrone republican circles, the suspicion that the removal of the Loughgall unit was not a chance event and was somehow connected to subsequent political developments, has persisted.

When I set out to write about the IRA as it neared the end of its campaign in my book ‘A Secret History of the IRA’, I therefore devoted a whole chapter, called ‘Death in Tyrone‘, to Loughgall and its aftermath.

Below, you can read The Irish Times account of Fr Faul’s report to the Irish government and underneath that I have reproduced the chapter in ‘A Secret History’ devoted to the IRA in Tyrone after Loughgall.

State Papers 1987: Sinn Féin president was accused of being behind the killings 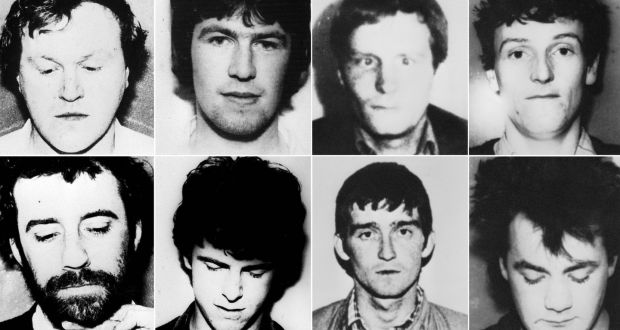 Sinn Féin president Gerry Adams was rumoured to have set up a notorious IRA gang for ambush by the SAS as they tried to blow up a police station in May 1987, previously secret files have revealed.

A Sinn Féin spokesman on Friday dismissed the claim as ‘utter nonsense’.

Eight members of the Provisional’s East Tyrone Brigade were shot dead after they loaded a 200lb bomb onto a stolen digger and smashed through the gates of the RUC barracks in Loughgall, Co Armagh.

British Army special forces were lying in wait and killed them all, along with innocent bystander Anthony Hughes.

Declassified documents released through the National Archives in Dublin revealed that ballistic tests on weapons found on the dead were used in 40-50 murders, including every republican killing in Fermanagh and Tyrone in 1987.

Three civilian contractors had been murdered in the counties that year along with officers in the RUC and British Army’s Ulster Defence Regiment.

The rumour about Mr Adams was passed on to the Department of Foreign Affairs by the highly respected Fr Denis Faul about three months after the Loughgall operation.

The priest, who had been at school in St Patrick’s Academy, Dungannon with Padraig McKearney, one of the IRA gang, said the theory doing the rounds was that “the IRA team were set up by Gerry Adams himself”.

Fr Faul said he was “intrigued” by the theory.

Mr Adams declined to comment on the contents of the file when contacted in recent days.

A spokesman for Sinn Féin said on Friday the suggestion that Mr Adams might have “set up” the Loughgall gang was “utter nonsense”. He said he had spoken with Mr Adams’s office about the matter but not with the former party leader.

Fr Faul, a school teacher and chaplain in Long Kesh prison who died in 2006, said the rumour was that two of the gang – Jim Lynagh, a councillor in Monaghan, and McKearney – “had threatened to execute Adams shortly before the Loughgall event”.

It was being claimed that Lynagh and McKearney “disliked Adams’ political policy” and that they were leaning towards Republican Sinn Féin.

Eight guns, including six automatic rifles, a shotgun and a pistol, were recovered from the bodies of the attackers. In a letter to Brian Lenihan – then tánaiste and minister for foreign affairs – dated May 20th, Northern Ireland secretary Tom King disclosed that ballistic tests showed that “the weapons recovered were responsible for every single murder and attempted murder in Fermanagh and Tyrone this year, and indeed further afield as well”.

Those killings included three civilian contractors as well as members of the RUC and Ulster Defence Regiment.

Details of the government’s response, and reactions to it, are contained in State papers relating to Lenihan. They show how the government held firm in the face of criticism from republican elements in Ireland and the United States, as well as from within Fianna Fáil, but also baulked at a suggestion from King that an appreciative letter from him be made public to underscore joint British-Irish resolve to defeat terrorism.

On May 9th 1987, the day after the attack, the tánaiste condemned it as a “futile act of violence of the Provisional IRA”, which he said had “warped policies”.

In a follow-up statement to the Dáil on May 12th, Lenihan branded the IRA’s campaign of violence “morally wrong” and instanced how it had murdered a civilian and used his body “as bait to murder two policemen” as well as torturing informers.

Lenihan said the only way to address injustices in the North was through politics and not “indiscriminate violence”, a position not adopted by Sinn Féin, the IRA’s political wing until 1996.

Two days after that Dáil statement, Daithí Ó Ceallaigh, an Irish diplomat at the Anglo-Irish Secretariat (the Belfast-based bureaucracy operating the Anglo-Irish Agreement), cabled Dublin following a briefing from the British giving details of the attack and noting that “one particular security benefit has been the removal of three very experienced paramilitaries – Lynagh, Paddy Kelly and McKearney”.

The cable also says King was very grateful for Lenihan’s Dáil statement, which he felt would have “significant benefits in convincing unionists in Northern Ireland of the determination of the Irish government to co-operate with the British government on security matters” and bolster nationalists who support constitutional methods and eschewed violence.

He wished to write a letter of thanks to Lenihan and to publish it.

“Speaking personally,” wrote Ó Ceallaigh, “I told my opposite number that I saw no advantage in publishing such a letter. I have consulted [Michael] Lillis [head of the Irish team in Belfast], who considers it would be very damaging to publish any such letter.”

Dublin cabled back that it agreed fully with this – “the sec. state should not repeat not publish letter”, it said.

In the following days, another Belfast-based Irish official, David Donoghue, embarked on a series of meetings with Catholic religious figures and the deputy leader of the SDLP, Seamus Mallon, filing reports back to Dublin each time, each marked “Secret”.

Bishop Cathal Daly wanted the RUC to give a full account of what had happened, nationalist reaction to which he thought would not benefit Sinn Féin in west Belfast.

Bishop Edward Daly said Lenihan “got it about right” in his reaction to Loughgall. The bishop told Donoghue he was “struck by the lack of sympathy in the Derry area with the dead IRA men”, whom he described as having been “armed to the teeth”.

The bishop was “affected by his own abhorrence of the Provisional IRA and the disgust he felt at their hypocrisy”, Donoghue reported.

“As a further example of the IRA’s hypocrisy, [Daly] mentioned a recent case in which a Derry post office was robbed by two men, one of whom the post mistress recognised as a prominent Sinn Féin spokesman. Within half an hour a Sinn Féin councillor had called round to sympathise with the postmistress and, within an hour, Sinn Féin had issued a statement deploring such anti-social acts.”

Bishop Joseph Duffy told Donoghue that Sinn Féin had tried to organise the funeral of Lynagh but he had refused to deal with them, talking only to the family.

Duffy told Donoghue that Lynagh, who came originally from Monaghan, “was regarded locally as a ‘madman’ who would ‘have to have been put away, one way or the other’,” and had been responsible for “some 20 murders”.

Other voices, however, attacked the government’s condemnatory response.

Lenihan responded to Rev Joseph McVeigh from Fermanagh that he would “make no apology for condemning the campaign of violence of the IRA”.

The Irish United Counties Association of New York, of which Martin Galvin – director of Noraid, Sinn Féin and the IRA’s US fundraising arm – was secretary, wrote to Lenihan, asserting the IRA men had been “summarily executed”.

“The Irish Republican Army volunteers were Irishmen fighting on Irish soil for the freedom of a portion of Ireland. The British barracks which they intended to attack, as well as the British troops, constitute an illegitimate fort and foreign army of occupation,” said their letter, signed by Galvin and the organisation’s president, Frank Feighary.

Uinseann MacEoin, an architect and republican activist, told Lenihan he had been “viciously anti-Irish”, a view rejected by the minister who told him and a handful of Fianna Fáil members who objected to his comments that they were in line with party policy of supporting peaceful politics only. – Additional reporting PA 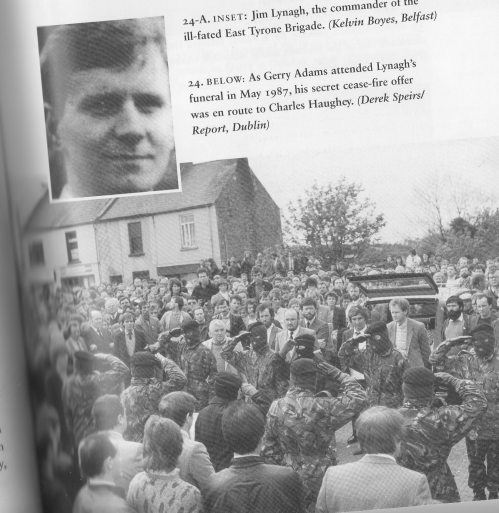 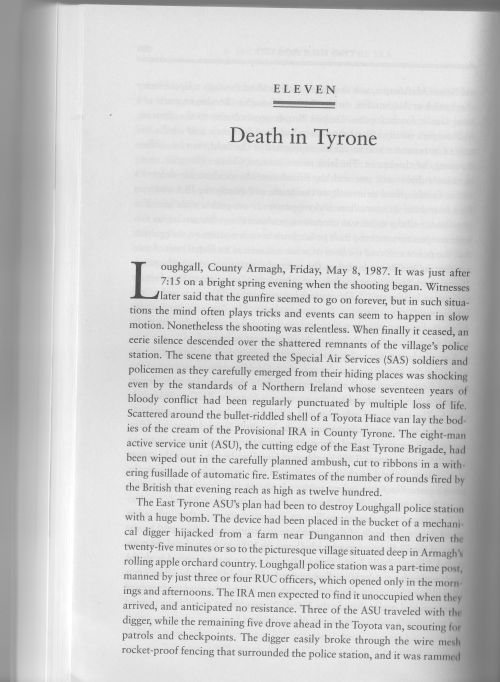 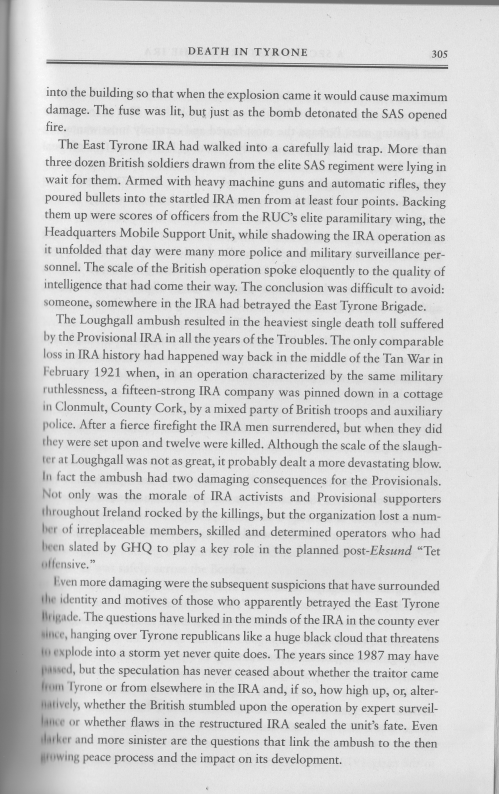 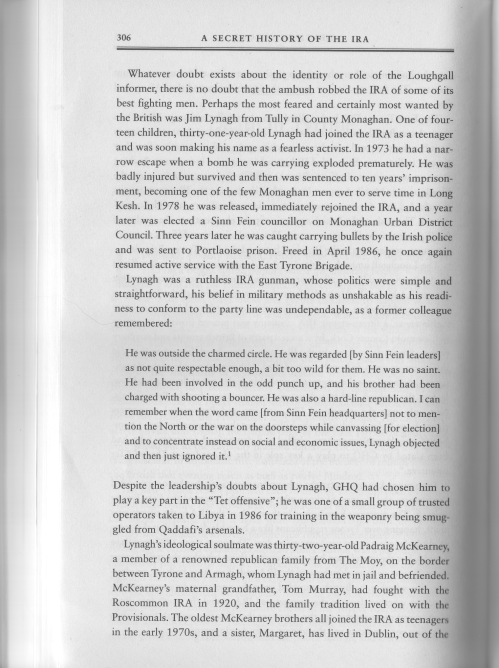 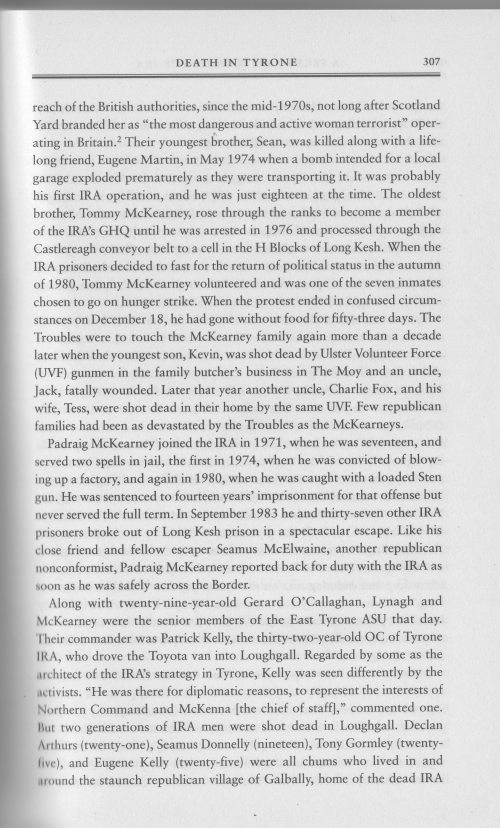 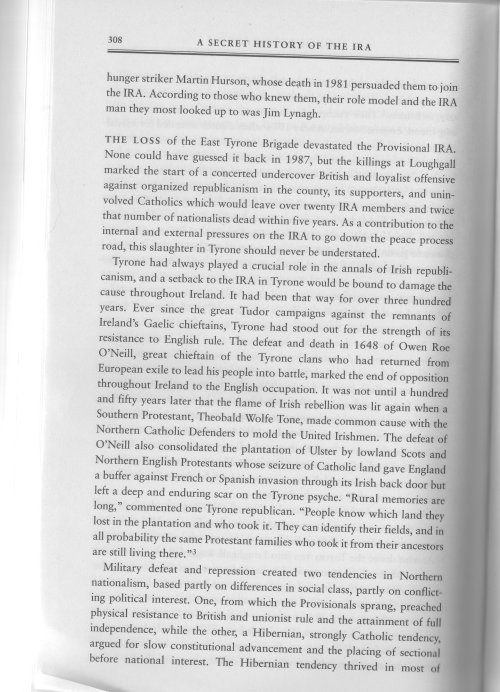 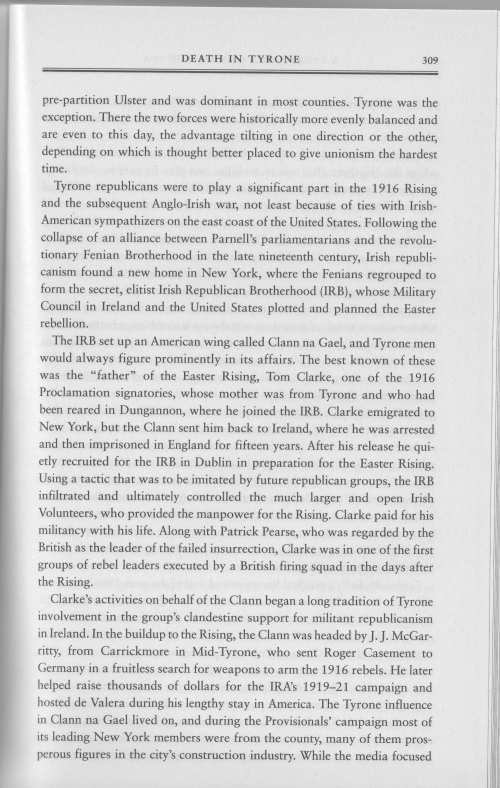 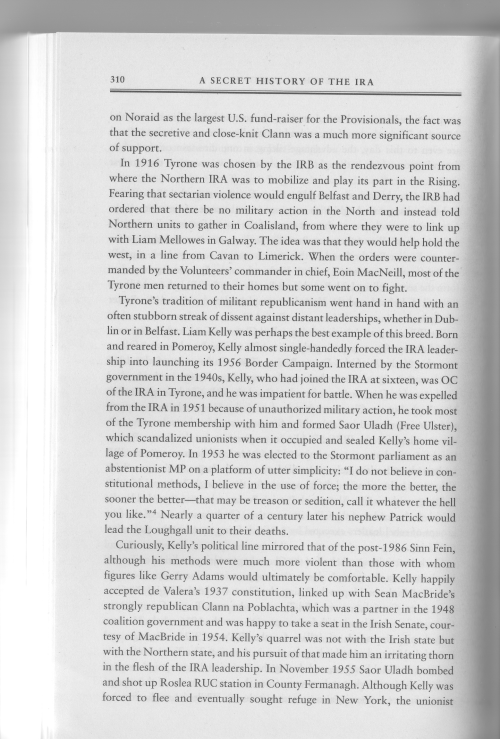 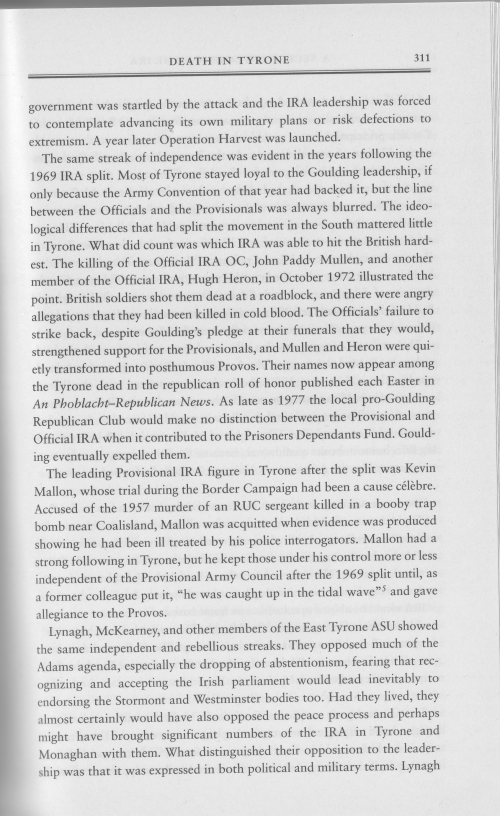 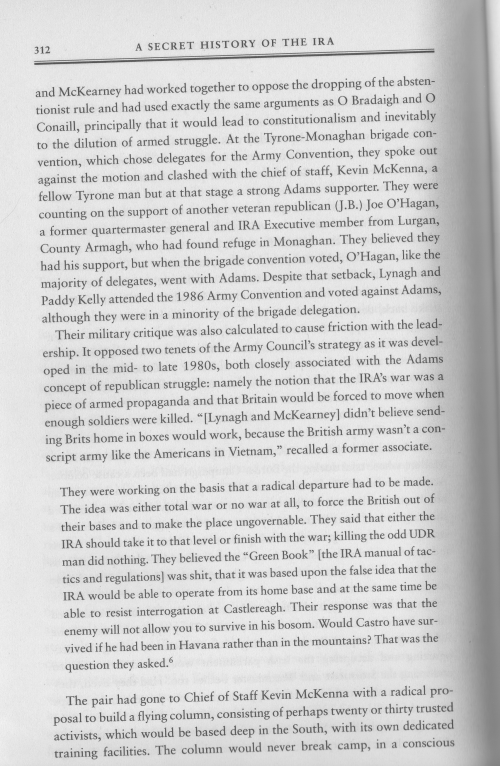 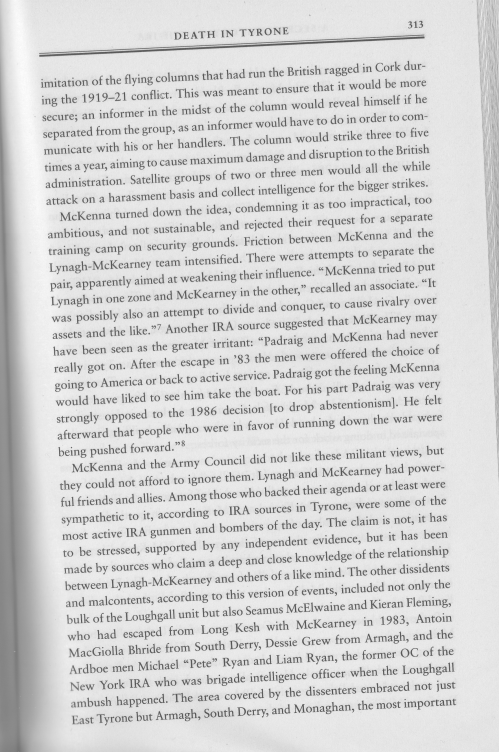 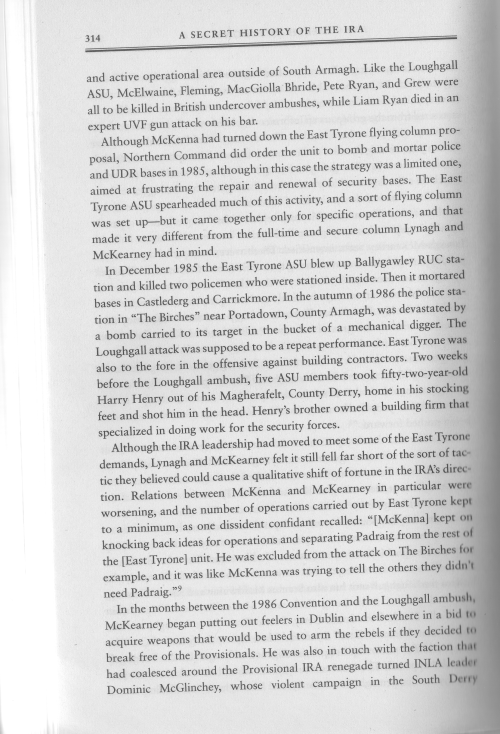 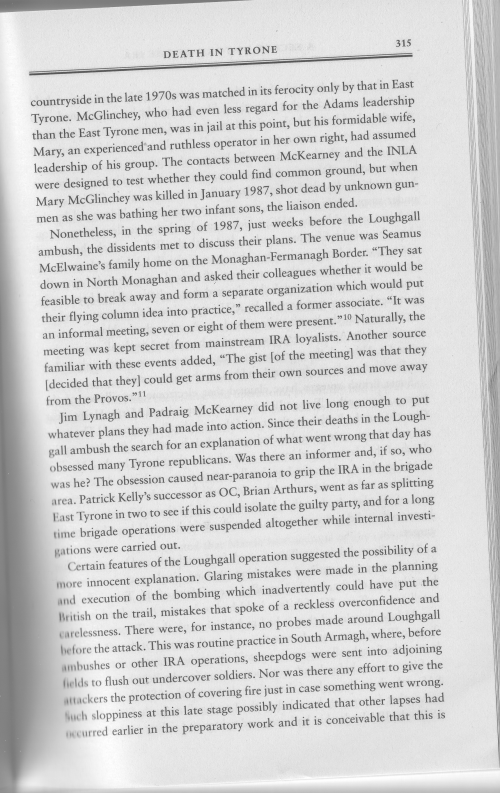 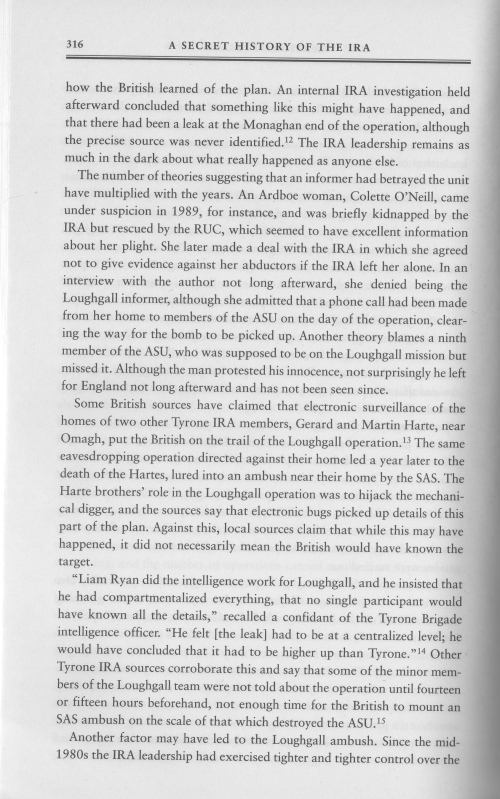 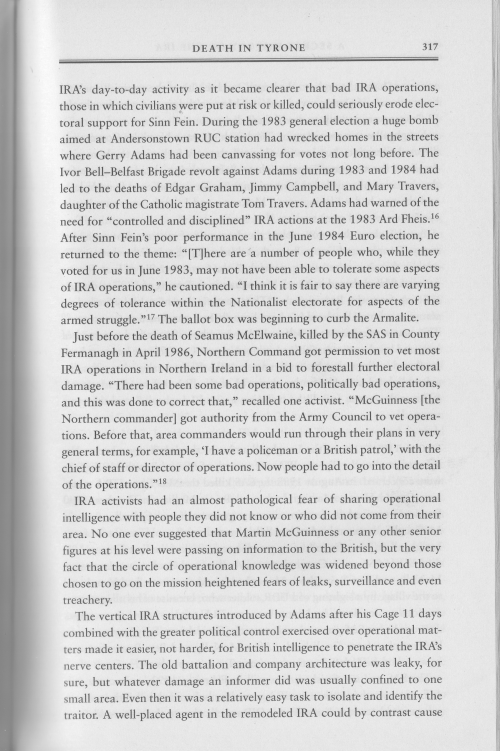 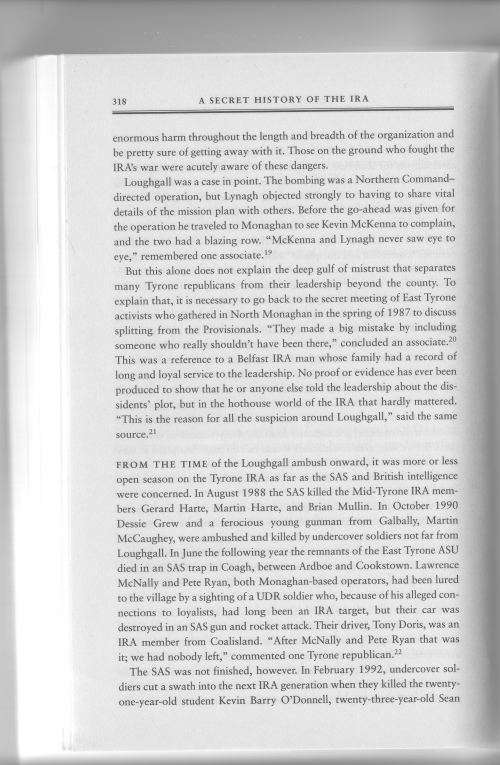 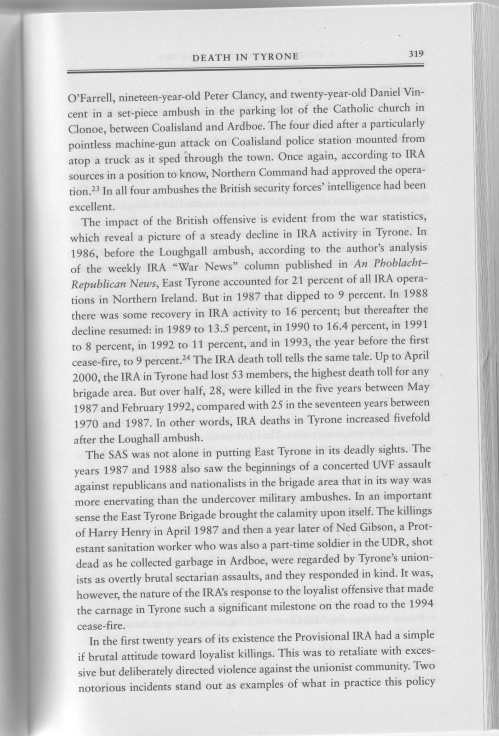 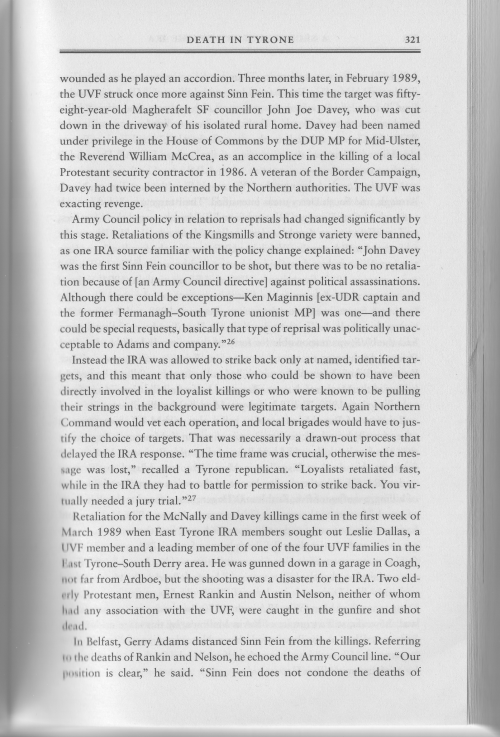 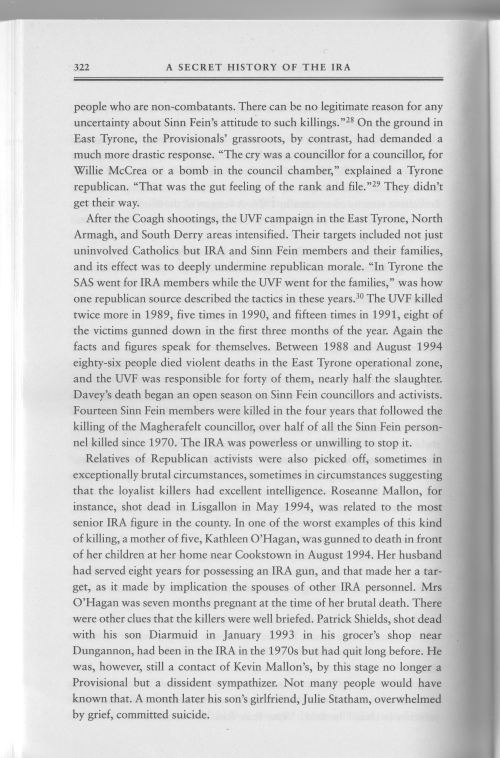 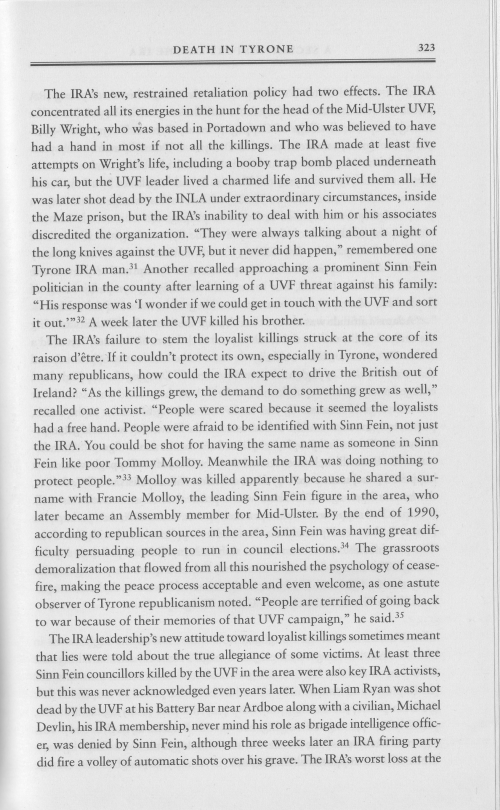 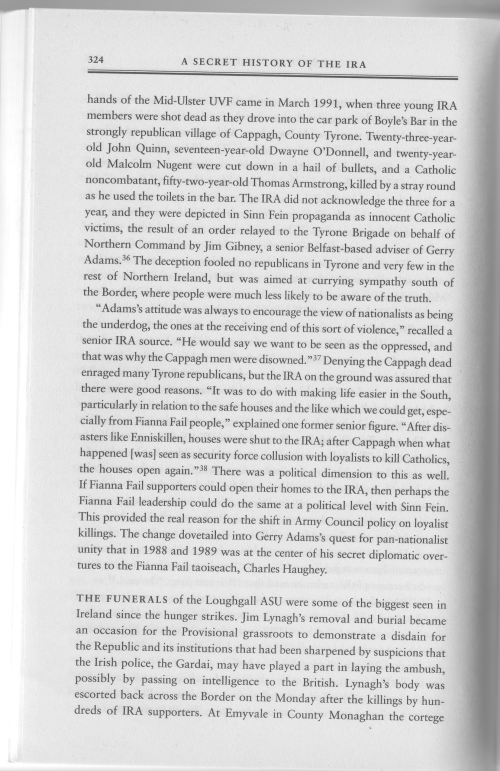 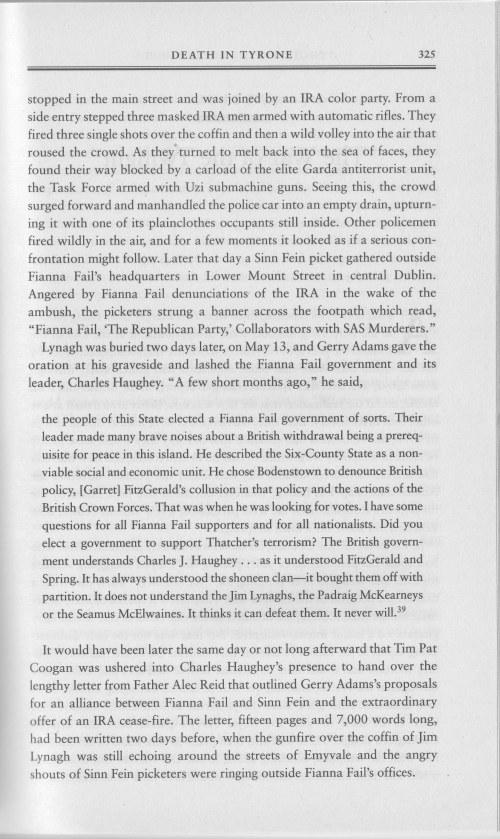