Just look at what they are asking for a run-down bungalow in Cork! 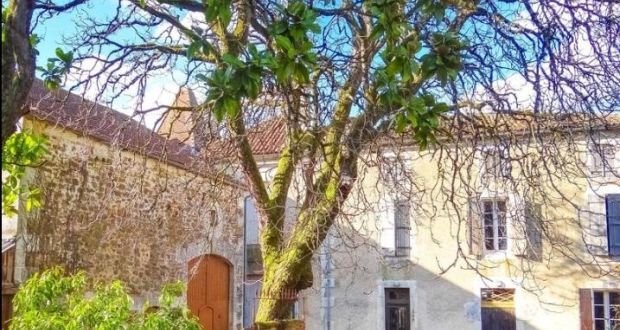 Original features abound in this stone maison de maître, built in the 19th-century with an early 20th-century extension. Proportions are good with high ceilings, tall windows and thick walls while period elements include decorative plasterwork, wood panelling, marble fireplaces plus wood and tiled floors including classic tomettes – or hexagonal tiles – which are in the opened-out living space comprising kitchen and sitting room. Angoulême is 40 minutes away and Limoges is an hour’s drive. There is a south-facing garden at the back and another garden to the side plus two barns and a cottage.
Price: €172,800
Agent: frenchestateagents.com

Frank V Murphy and Company is looking for €175,000 for this Three-bedroom bungalow, The Thames, Camden Road in Crosshaven.
Price: €175,000
Agent: info@frankvmurphy.ie

Close to the Adriatic (26km away), on Italy’s east side, this three-storey, 300sq m house is in the village of San Felice del Molise. The house is habitable if you don’t mind a basic rustic way of life but someone’s started building work which needs finishing (unless you want to shut the door on it for a while). There are three bedrooms on the first floor and a reception with balcony and views of the Molise hills. The second floor has rooms ripe for conversion. There’s a garden.
Price: €175,000
Agent: immobiliarecaserio.com

Less than 10 minutes from Disney World, in Orlando, this three-bedroom house is in an estate of 184 homes. The houses in West Lucaya Village Resort (which also has four-bed residences) have the tick-box elements of taste, from stainless steel appliances to granite worktops. There is a lot of happy and healthy holiday fun on site including a swimming pool, Jacuzzi, gym and games room as well as serious stuff such as the business centre.
Price: $204,000 (about €175,115)
Agent: Propertywebwise. com

In a hamlet five minutes outside the village of Alcoutim on the Guadiana river, this three-bedroom, 120sq m house has a garden flush with fruit from grape vines to orange, lemon, pear, banana and apple trees. The house is 30 minutes from the coast and has its own swimming pool. There’s a large covered terrace with summer kitchen. Heating is aided by two solar panels and the house has its own bore hole. There’s a garage.
Price: €175,000
Agent: Estealgarve.net