This report is significant by virtue of the source, the Associated Press, or AP as it known in the business. The AP is known for its caution, some might say timidity, born out of the agency’s business plan, which is to supply copy to a wide variety of outlets with often differing politics.

So, it invariably prefers a circumspect style of journalism. This article is a significant break with that approach, effectively calling out the President of the United States for his lies and distortions. It is a significant way-point in the American media’s relationship with power in Washington. 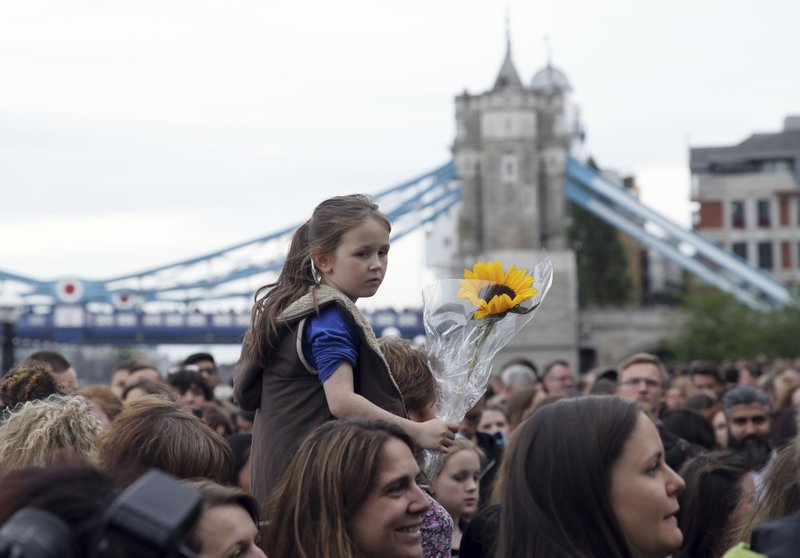 WASHINGTON (AP) — President Donald Trump can’t be counted on to give accurate information to Americans when violent acts are unfolding abroad.

The latest deadly London attacks, like one in the Philippines last week, prompted visceral reactions from Trump instead of statements shaped by the findings of the U.S. intelligence and diplomatic apparatus. He got ahead of the facts emerging in Britain’s chaos Saturday and got it wrong in the Philippines case, calling the episode there a “terrorist attack” when it was not.

A look at some of his weekend tweets about the London attack and rhetoric that came from the president and his aides about climate change and more last week:

TRUMP: “We need to be smart, vigilant and tough. We need the courts to give us back our rights. We need the Travel Ban as an extra level of safety!” — tweet Saturday, soon after the rampage at the London Bridge and Borough Market that killed at least seven people and wounded dozens

THE FACTS: Trump’s tweet directly contradicted an earlier statement by his homeland security secretary that the travel restrictions blocked by U.S. courts do not constitute a ban.

“It’s not a travel ban, remember,” John Kelly told Fox News on May 28. “It’s the travel pause. What the president said, for 90 days, we were going to pause in terms of people from those countries coming to the United States that would give me time to look at additional vetting.” The administration has asked the Supreme Court address the court decisions holding up Trump’s plan to bar entry temporarily of people from a half dozen Muslim-majority countries.

To make his point clear, Trump tweeted on Monday: “People, the lawyers and the courts can call it whatever they want, but I am calling it what we need and what it is, a TRAVEL BAN!”

Trump has also suggested terrorism was at play in the London attack, sharing on Twitter an unconfirmed report to that effect, well before British authorities said so.

It remains unknown whether a Trump-style freeze on entry of foreigners from certain listed countries might have somehow prevented the violence in this case. One of the three attackers was identified Monday as a British citizen, a status that would protect him from any such exclusion, and he was born in Pakistan, a country not on Trump’s list. Another was thought to be a native of Libya, which is on Trump’s list, or Morocco, which isn’t.

TRUMP: “At least 7 dead and 48 wounded in terror attack and Mayor of London says there is ‘no reason to be alarmed!’ ” — tweet Saturday night.

THE FACTS: A look at the fuller context of remarks by London Mayor Sadiq Khan to the BBC on Sunday shows that he was telling Londoners there was “no need to be alarmed” at the heavier police presence they will see in the days ahead. He was not playing down the danger. “The threat level remains at severe,” the mayor said. “Severe means an attack across the country is still highly likely.”

But he said terrorists will not be allowed to “cower our city or Londoners.”

TRUMP, at a Rose Garden ceremony Thursday marking his decision to withdraw from the Paris climate accord: “I would like to begin by addressing the terrorist attack in Manila. We’re closely monitoring the situation. And I will continue to give updates if anything happens during this period of time, but it is really very sad as to what’s going on throughout the world with terror.”

THE FACTS: Philippine authorities said the attack that killed 37 people at a casino-hotel complex was by a lone gunman who set fire to gambling tables and fled with casino chips. They said the motive was robbery, not terrorism.

TRUMP: “The cost to the economy at this time would be close to $3 trillion in lost GDP and 6.5 million industrial jobs, while households would have 7,000 less income, and in many cases, much worse than that.” — Rose Garden ceremony Thursday announcing U.S. withdrawal from the worldwide agreement to curb emissions responsible for global warming. GDP is the gross domestic product, the broadest gauge of the economy.

THE FACTS: His claim is based on a study paid for by two groups that have long opposed environmental regulation, the U.S. Chamber of Commerce and the American Council for Capital Formation. It makes worst-case assumptions that may inflate the cost of meeting U.S. targets under the Paris accord while largely ignoring the economic benefits to U.S. businesses from building and operating renewable energy projects.

Both groups behind the study get financial backing from those who profit from the continued burning of fossil fuels. The latter group has received money from foundations controlled by the Koch brothers, whose company owns refineries and more than 4,000 miles of oil and gas pipelines.

Academic studies have found that increased environmental regulation doesn’t actually have much impact on employment. Jobs lost at polluting companies tend to be offset by new jobs in green technology.

TRUMP: “I was elected to represent the citizens of Pittsburgh, not Paris.” — Rose Garden ceremony.

THE FACTS: That may be so, but Allegheny County, which includes Pittsburgh, is not Trump country. It voted overwhelmingly for Democrat Hillary Clinton in November, favoring her by a margin of 56 percent to Trump’s 40 percent. The city has a climate action plan committing to boost the use of renewable energy.

Pittsburgh Mayor Bill Peduto, a Democrat, has been an outspoken supporter of the Paris accord, and tweeted after Trump’s announcement that “as the Mayor of Pittsburgh, I can assure you that we will follow the guidelines of the Paris Agreement for our people, our economy & future.”

THE FACTS: The number is about right, but it in no way counts as “absolutely tremendous economic progress.” Private-sector job creation from October through April (171,000 private-sector jobs a month) actually lags just slightly behind the pace of job creation for the previous six months (172,000), which came under President Barack Obama. On Friday the government announced a lower figure for jobs added last month — 138,000.

TRUMP: “Our attacks on terrorism are greatly stepped up, and you see that — you see it all over — from the previous administration, including getting many other countries to make major contributions to the fight against terror. Big, big contributions are being made by countries that weren’t doing so much in the form of contributions.” — Rose Garden ceremony.

THE FACTS: Trump is recycling a misleading claim he made in April following a meeting with NATO Secretary-General Jens Stoltenberg, and it’s no truer now than it was then. NATO has not substantively changed its mission toward countering terrorism as a result of Trump’s agitating.

As evidence that NATO is heeding his call to be more aggressive on terrorism, the president has cited an alliance decision last year to establish a high-level intelligence coordinator who could make the alliance more nimble in responding to threats. But that position was in the works under Trump’s White House predecessor, and came about because of worries about Russian aggression as well as from a desire to respond more effectively to the Islamic State group.

WHITE HOUSE: The Paris climate accord “would effectively decapitate our coal industry, which now supplies about one-third of our electric power.” — information released with Trump’s announcement.

THE FACTS: The U.S. coal industry was in decline long before the Paris accord was signed in 2015. The primary cause has been competition from cleaner-burning natural gas, which has been made cheaper and more abundant by hydraulic fracturing. Electric utilities have been replacing coal plants with gas-fired facilities because they are more efficient and less expensive to operate.

THE FACTS: If so, it’s a burden the U.S. put on itself. Each signatory to the Paris accord was left to devise its own emission goals and how to reach them; the negotiations were not a case of the world imposing standards on the U.S. The burden the U.S. placed on itself under the Obama administration is in part a function of the country’s status as the largest source of accumulated carbon dioxide emissions in the atmosphere.

WHITE HOUSE, citing a study from the Massachusetts Institute of Technology: “If all member nations met their obligations, the impact on the climate would be negligible,” curbing temperature rise by “less than 0.2 degrees Celsius in 2100.”

THE FACTS: The co-founder of the MIT program on climate change says the administration is citing an outdated report, taken out of context. Jake Jacoby said the actual global impact of meeting targets under the Paris accord would be to curb rising temperatures by 1 degree Celsius, or 1.8 degrees Fahrenheit.

“They found a number that made the point they want to make,” Jacoby said. “It’s kind of a debate trick.”

One degree may not sound like much, but Stefan Rahmstorf, a climate scientist at the Potsdam Institute in Germany, says, “Every tenth of a degree increases the number of unprecedented extreme weather events considerably.”

TRUMP: “We have a MASSIVE trade deficit with Germany … Very bad for U.S. This will change.” — tweet Tuesday.

THE FACTS: The U.S. has the world’s largest overall trade deficit, and has for four decades. Among trading partners, Germany’s contribution to that deficit last year was $55 billion, ranking it third on the list. For a truly massive deficit, see China, No. 1 at $347 billion.

Trump made no mention, though, of the benefits from the U.S.-German economic ties. About 600,000 people in the U.S. work for German companies such as chemical maker BASF, drug company Bayer and mobile phone provider T-Mobile USA. BMW’s auto plant in Spartanburg, South Carolina, was America’s largest single auto exporter, sending $9.5 billion worth of SUVs to the rest of the world.