Trump’s War On The Media Was Started By Obama

Joan McKiernan takes a close look at Obama’s relations with the US media and concludes that Donald Trump is just following in his footsteps:

During the last few weeks of the Barack Obama White House, the President bid a tearful farewell at meetings with his supporters and others he worked with during his eight years in office. One encounter was with the White House press corps, a final press conference that Obama held two days before the Trump inauguration.

Trump’s campaign for Obama’s job was, in comparison, filled with hatred for the media, whose members he routinely referred to as “purveyors of fake news” and who he has now threatened to move out of the White House entirely.

In sharp contrast, Obama and the media mostly showered each other with praise. With the freeze of a Trump presidency already palpable on the horizon, America’s media was filled with nostalgia for the Obama days.

Listening to what the media and Obama had to say each to other in their farewells, I was struck, even astonished at how friendly and positive they were about each other. 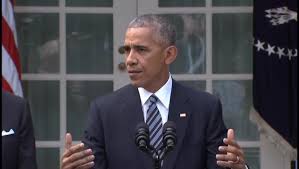 Obama and the media loved each other, even though Obama’s relationship with the press was in reality distant and mistrustful

This vision of a mutually supportive relationship was just the opposite of what I have been teaching in a college course on the American presidency. Academic researchers and journalists who follow the president have found anything but an open relationship between America’s most powerful politician and the people who are supposed to report him.

Susan Milligan, a freelance journalist who has covered the White House for the New York Daily News and The Boston Globe, concluded in a study published in The Columbia Journalism Review  that during the Obama years, the “relationship between the president and the press is more distant than it has been in a half century.”

In many ways, Obama has set a precedent that will enable Donald Trump to simply ignore the press. The Obama precedent and Trump’s actions so far raise serious questions about the ability of the media to play its critical role in a democratic society.

Presidents want to manage the news in order to present their policies in a favorable and unchallenged light. Obama turned out to be a master of that art.
Writing in Politico, Jim VandeHei and Mike Allen argue that Obama was a master at limiting, shaping and manipulating media coverage of himself and his White House. He accomplished this by using technology and social media, organizing the White House’s own presentation of the news, West Wing Week, and limiting regular media access to the president.

Martha Joynt Kumar, a political scientist who studies presidential communications, has provided evidence showing that other presidents, such as Kennedy, Carter, and Clinton were much more open with the press than Obama ever was. 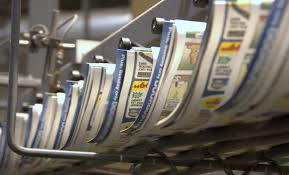 And during his encounters with the media, Obama limited the number of questions from reporters by using up the available time with very long answers.
He also held far fewer short Q and A’s than previous presidents, 94 compared to G W Bush’s 307 and Clinton’s 493. These press opportunities are important for the White House press corps to be able to understand the president’s thinking and his policies and plans in order to evaluate and explain them to the public.

Instead, Obama favored sit down one-to-one interviews with a few selected journalists. Speaking to a single journalist flattered the reporter making it harder for the interviewer to give Obama a tough time. As well, he was able to dominate these interviews with his fluent extensive answers, resulting in little information available for analysis.

The need for independent informed journalism is critical in serving as a counterbalance to executive power, which is increasingly concentrated in the person of the president. We have seen recent examples of the failure of the press to develop an independent analysis, such as in the lead up to the Iraq war of 2003.

Susan Milligan points to research carried out by New York Times reporters, Peter Baker and his colleague, national security writer Eric Schmitt, who wrote an incisive story in 2014 on how the administration underestimated the threat from the Islamic State.

However, Baker and Schmitt did not have access in the White House; they had to go to other areas of government in order to get information for their analysis.
The increasing failure of the media to provide serious news coverage is not just the fault of any particular president. The profession and individual journalists have serious problems that affect their ability to do their job. With increased media competition, there are limited resources for the important work of investigative reporting. Many have accused the White House press corps of just acting as uncritical stenographers for government agencies. 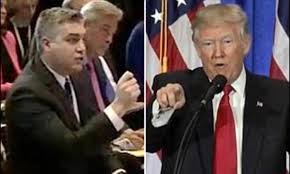 The advent of social media has also had a major impact on the way journalists do their work. Rather than asking probing questions and seeking news, they are too often more interested in promoting themselves and their organizations.
Seeking the spotlight, they all ask the same questions, frustrating government briefers, and other journalists. They are more interested in competing with each other. We saw that in Trump’s first press conference. When he attacked the CNN reporter, Jim Acosta, no one objected; no one stepped up to ask the question Acosta had put to Trump.

One of the main jobs of the media is to hold the government accountable on behalf of the public. A weakened press corps that is too often providing entertainment rather than news is now faced with a president who is extremely hostile to the press, blaming the media for whatever problems he thinks he has and pandering to an electoral base that is even more ferociously antagonistic to the media.

On his second day in office, he told a meeting at the CIA, “I have a running war with the media, they are among the most dishonest human beings on Earth.”
This promoter of fake news in his twitter postings has accused the media of being “purveyors of fake news.” Will the media probe? Will they reveal Trump’s lies? Or will they maintain the cowardly route to make sure they get to attend the next press briefing and get their faces and names on TV and social media?