Craig Murray Has Met WikiLeaks’ Source And He/She Is ‘An Insider’ Not A Russian Spy…….

With the US intelligence community divided over who hacked the Democratic Party’s emails and passed them on to WikiLeaks – the CIA blame Russia, the FBI says it doesn’t know who did it – the former British diplomat, Craig Murray has said that he has met the WikiLeaks source who is ‘certainly not Russian and it’s an insider. It’s a leak, not a hack.’ 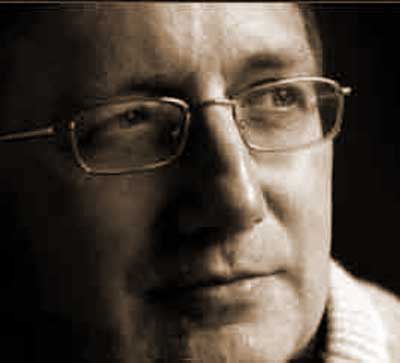 In an article on his blog and in an interview with The Guardian, Murray, who broke with the British government over its refusal to act on his complaints of torture by the Uzbekistan government when he served there as ambassador, did not say whether the source he met was male or female, where he or she worked, whether the term ‘insider’ meant the source was a Democrat, or how he met the person.

However he has written recently of meeting WikiLeaks founder, Julian Assange in the Ecuadorian Embassy in London where Assange has been hiding out since 2012 when Ecuador granted him political asylum following efforts by Sweden to put him on trial.

Assange fears that Sweden will hand him over to the US for trial on espionage charges related to massive leaks of intelligence material from Iraq and Afghanistan. WikiLeaks published scores of emails during the presidential election campaign, many of them from the account of John Podesta who headed Hillary Clinton’s unsuccessful bid for the White House.

Stories in this weekend’s American media cite CIA sources as claiming that the emails were hacked by Russians close to Moscow’s intelligence hub and then passed them on to WikiLeaks.

This is what The Guardian wrote about Craig Murray’s claim:

The Kremlin has rejected the hacking accusations, while the WikiLeaks founder Julian Assange has previously said the DNC leaks were not linked to Russia. A second senior official cited by the Washington Post conceded that intelligence agencies did not have specific proof that the Kremlin was “directing” the hackers, who were said to be one step removed from the Russian government.

Craig Murray, the former UK ambassador to Uzbekistan, who is a close associate of Assange, called the CIA claims “bullshit”, adding: “They are absolutely making it up.”

“I know who leaked them,” Murray said. “I’ve met the person who leaked them, and they are certainly not Russian and it’s an insider. It’s a leak, not a hack; the two are different things.

“If what the CIA are saying is true, and the CIA’s statement refers to people who are known to be linked to the Russian state, they would have arrested someone if it was someone inside the United States.

2 responses to “Craig Murray Has Met WikiLeaks’ Source And He/She Is ‘An Insider’ Not A Russian Spy…….”