A great piece in The Guardian opinion section by one of my favourite commentators on American politics, Thomas Frank. Enjoy:

The puzzle that is currently frustrating the pundit minds of America is this: why is Hillary Clinton not simply clobbering Donald Trump? How is this ranting, seething buffoon still competitive with her? Trump has now stumbled through a series of the kind of blunders that break ordinary political campaigns – the sort of deadly hypocrisies that always kill the demagogue in old movies – and yet this particular demagogue keeps on trucking. Why?

Let us answer that burning pundit question of today by jumping to what will undoubtedly be the next great object of pundit ardor: the legacy of President Barack Obama. Two months from now, when all the TV wise men are playing historian and giving their estimation on where Obama ranks in the pantheon of the greats, they will probably neglect to mention that his legacy helped to determine Hillary’s fortunes in this election cycle. As a beloved figure among Democrats, for example, Obama was instrumental in securing the nomination for her. As a president who has accomplished little since 2011, however, Obama has pretty much undermined Clinton’s ability to sell us on another centrist Democratic presidency. His legacy has diluted her promise.

Let me put this slightly differently. Hillary Clinton has lots of good policy ideas. She promises many fine things. That these things do not attract more voters to her side is (as many have noted) partially due to her wonkish way of presenting them. But it is even more because of the glaring contradiction between the nice things she says she will do and the failure of Obama to advance the ball very far on those same issues.

I was pleased to learn, for example, that this year’s Democratic platform includes strong language on antitrust enforcement, and that Hillary Clinton has hinted she intends to take the matter up as president. Hooray! Taking on too-powerful corporations would be healthy, I thought when I first learned that, and also enormously popular. But then it dawned on me: antitrust enforcement is largely up to the president and his picked advisers. If Democrats really think it is so damned important, why has Clinton’s old boss Barack Obama done so very, very little with it? 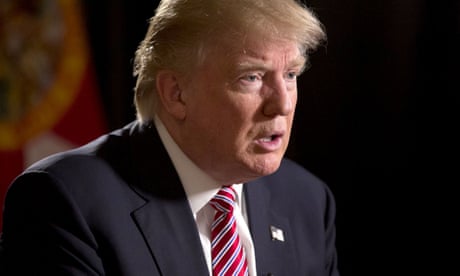 Or take this headline from just a few days ago: “Clinton promises to hold Wells Fargo accountable”. Go get ‘em, Hillary! To see a president get tough with elite bankers and with CEOs in general – that’s something we can all cheer for. But then that nagging voice piped up again: if Democrats think it is so critical to get tough with crooked banksters, why oh why didn’t Barack Obama take the many, many opportunities he had to do so back in the days when it would have really mattered?

Where this contradiction gets particularly toxic is on the issue of trade. This is the locomotive of dissatisfaction that Trump means to ride into the White House, and Clinton has tried desperately to neutralize the issue by announcing that she, too, opposes the hated TPP and that she, too, deplores the unfortunate effects certain trade deals have had. And then you open the newspaper and find that her presidential patron and protector, Barack Obama, is still pushing the TPP in order to secure his legacy.

The reform impulse just keeps short-circuiting every time the Democrats try to switch it on. They talk about healthcare – and immediately have to say things like this about Obamacare: “It’s a heck of a lot better than starting from scratch.” They talk about getting college tuition under control – and everyone remembers that the problem is decades old and that the Dems have done virtually nothing about it all those years. What was without a doubt the worst moment of them all came at the Democratic convention back in July, when Senator Elizabeth Warren pronounced on the current state of middle America as follows:

Look around. Americans bust their tails, some working two or three jobs, but wages stay flat. Meanwhile, the basic costs of making it from month to month keep going up. Housing, healthcare, child care – costs are out of sight. Young people are getting crushed by student loans. Working people are in debt. Seniors can’t stretch a social security check to cover the basics.

It was a powerful indictment of what Warren called a “rigged” system – except for one thing: that system is presided over by Barack Obama, a man that same Democratic convention was determined to apotheosize as one of the greatest politicians of all times.

It doesn’t really help matters to claim, as the most ardent Obama defenders do, that the president was powerless before Congress, and that it was therefore impossible for Obama to do anything differently than he did during his eight years. Such fanciful talk may help us to feel better about the current occupant of the Oval, but it also negates his would-be successor’s promises more effectively than any lesser argument you might make against them. It transforms a vote for Hillary from mildly distasteful to almost totally futile.

The immediate problem for Democrats this year is simple, really: it is hard to criticize power when your own leader is the most powerful person in the land.

The larger problem facing them is the terminal irrelevance of their great, overarching campaign theme. Remember the “man from Hope”? “Hope is on the way”? “Keep hope alive”? Well, this year “hope” is most assuredly dead. Thanks to Obama’s flagrant hope-dealing in the dark days of 2008 – followed up by his failure to reverse the disintegration of the middle class – this favorite Democratic cliché has finally become just that: an empty phrase. Today as the Democrats go into battle against Trump, they find that their rallying cry has lost its magic. Hillary is discovering how difficult it is to win an election without hope.