‘Drama at the absolute rawest edge it could possibly be,’ was how journalist Fintan O’Toole described the IRA/INLA hunger strike in Brendan Byrne’s new film, Bobby Sands –Sixty-Six Days. No one who was around at that time could argue with him.

I went to the premiere of this film in West Belfast along with my wife, Bernadette. Accompanying us were Dixie Elliott and his wife, Sharon. Dixie, a former cellmate of Sands’, had been interviewed for the film but his contribution did not make the final cut.

Unsurprisingly, the cinema was packed with Sinn Féin members and supporters. Equally unsurprisingly, many of those present cast their eyes into the darkest reaches of the cinema rather than in my direction. The reason why? Because I wrote a book called Blanketmen in which I said that a committee of republicans, led by Gerry Adams, had had control of the hunger strike. I also said that before the fifth hunger striker, Joe McDonnell died this committee rejected an offer from the British government that the prison leadership believed to be acceptable. Consequently, six more hunger strikers died on the fast. 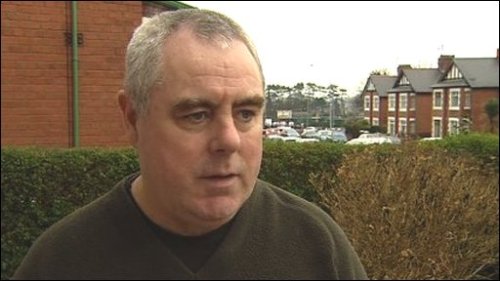 Notwithstanding the preponderance of Sinn Féin members in attendance at the premiere, this is far from a pro-Sinn Féin film. In fact, one viewer later said to me that he thought Byrne had gone ‘a bit too far’ by using Fintan O’Toole as linkman (O’Toole is not known for his Sinn Féin sympathies).

Byrne also afforded speaking rights to former prison officer, Dessie Butterworth, Tory Cabinet minister, Norman Tebbit, and Margaret Thatcher’s biographer, Charles Moore. As well as that, he did not shirk from raising the despicable IRA murder of a young mother and census collector, Joanne Mathers, two days before the electorate of Fermanagh/South Tyrone went to the polls to elect either Bobby Sands or a Unionist as their M.P. To some of us prisoners, it seemed as if someone wanted to sabotage Sands’ chances of being elected.

I have to say, I found this film challenging. For example: Sands gave an interview to Brendan O’Cathaoir of The Irish Times reporter on the third day of his hunger strike.

Commenting on the interview, O’Cathaoir told Byrne: ‘He spoke fluently about how they felt compelled to start the hunger strike. And he made it pretty clear to me he was likely to die. He talked really in terms of laying down his life for his comrades, and of course I am conscious that his protest was in the tradition of positive resistance, immortalised by Ghandi. His most memorial phrase before we parted was: “If I die, God will understand.”’

I later gave some thought to O’Cathaoir saying that Sands’ fast was ‘in the tradition of positive resistance, immortalised by Ghandi’. Ghandi and Sands certainly had things in common: they shared the same imperial foe, they had a great love of their people, and they had iron will.

But unlike the pacifist Ghandi, Sands was committed to armed struggle and, while both revolutionaries may have used the tactic of hunger strike to achieve a political aim, they were altogether different entities.

Another thing that struck me was Fintan O’Toole saying that, ‘Ultimately Bobby Sands’ life effectively marks the end of the tradition of armed struggle because what he said is: There is no justification or need to kill people.’

This is simply not true. The Bobby Sands with whom I lived with for three years on the blanket protest was committed to the armed struggle tradition; he never, during any of his talks with his fellow-prisoners, gave the impression that he viewed constitutional politics as a viable alternative to armed struggle: he was a committed IRA man, with all its attendant violence.

He died believing that his death would enhance the armed struggle, not diminish it.

Moreover, he had absolutely no idea that his death would lead to the peace process. If he had known, I doubt if he would have given his life so freely.

Despite Byrne’s attempt to strike a balance by giving anti-republicans a wide platform, this film is about a republican who died on hunger strike and his testimony. There is skilful use of animation, historical newsreels, and an excreta-covered, H-Block prison cell, complete with two men covered with blankets and lying on dirty mattresses on the floor.

A powerful rendition of Bobby Sands’ hunger strike dairy from actor, Martin McCann leaves one with a feeling of utter helplessness, as does Mrs Sands being interviewed beside a van outside Long Kesh where she tells the world that her son is dying and, holding back her tears, appeals for no violence when he dies.

This is a film that people should go and view if for no other reason than that it has very coherent insights in the Bobby Sands hunger strike, from both sides of the argument. It is also thought-provoking.

And always, at the back of my mind as I was watching this movie, is the question: Was it worth it? It pains me to say that I don’t think it was.