Rumours are flying that Donald Trump is planning to fly in a legion of ‘Kick the Pope’ bands from Belfast to parade through the streets of South Carolina following Pope Francis’ dramatic intervention in the Republican nomination contest.

After the Pope, in a clear albeit indirect reference to the leading contender for this November’s GOP pick, described anyone who advocated building a wall to stop Mexican migration to the US as ‘not Christian’, reliable sources have told thebrokenelbow.com, that the phone lines between Trump’s S. Carolina campaign headquarters and the Shankill Road in Belfast have been running red hot. 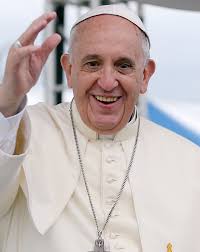 One source said: “The Donald is so angry that he is talking about sending one of his personal planes to Belfast to fly over as many ‘Kick The Pope’ bands as are willing to come to his help’.

The sources say that what they termed Pope Francis’ ‘intemperate comments’ are likely to fuel support for Trump given the State’s long but rarely acknowledged history of rampant anti-Catholicism.

“Not many people know this but KKK really stands for Koons, Kikes and Katholiks”, said a Trump supporter.

It was, of course, South Carolina’s revered Bob Jones’ University, based in Greenville, which bestowed an honorary PhD on the Rev Ian Paisley back in the 1960’s, thus not only confirming the state’s impeccable anti-Catholic credentials but helping to propel Northern Ireland’s most obdurate politician to a career which lasted four decades and contributed to the deaths of over 3,000 people.

“The Pope has really put his foot in it”, commented another delighted Trump campaign worker who declined to be named but added that hopes were running high that the Pope’s intervention could seriously damage Ted Cruz, the son of a Cuban Catholic father, who converted to Protestantism, and fellow Cuban exile, Marco Rubio, who attends evangelical Protestant services on Saturdays but Catholic Mass on Sundays.

“They have been standing on two stools for too long”, gloated a Trump adviser. “But this will force them to take a stand. Either way The Donald wins. Thank you Pope Francis!”

If the Trump campaign plans work out, the streets of Greenville, Charleston and Myrtle Beach could soon be rocking to these stirring rhythms brought to them from the mean but tough streets of Belfast: