CORRECTION – Tommy Tolan was shot dead by the Official IRA in 1977 during a feud between the Officials and the Provisional IRA, and not by undercover soldiers.

The full section of the watchkeeper’s log kept by the King’s Own Scottish Borderers (KOSB) dealing with the alleged IRA informer Kevin McKee has now become available and this, along with the memories of one of McKee’s comrades in the Ballymurphy IRA, raises an intriguing question: was the incident described in the log – the betrayal of an arms dump – the lever that began his ill-fated career in the MRF (Military Reaction Force)?

The log then goes on to list the five weapons and some 1600 rounds of assorted weaponry found at the address given by McKee.

A former IRA source who knew both McKee and Tolan, who was a younger brother of Tommy ‘Todler’ Tolan, shot dead by undercover soldiers in Ballymurphy five years later, recalls that Hilary Tolan was interned afterwards on the prison ship, The Maidstone. 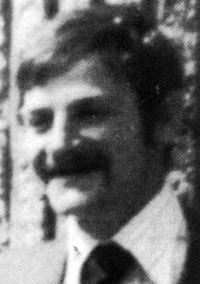 But McKee avoided internment when he allegedly escaped from Springfield Road RUC station where both he and Tolan had been taken after their arrest by Sgt McVeigh.

The police station doubled as a British military HQ in West Belfast and the claim that McKee had escaped, puzzled his comrades at the time. “People were scratching their heads and asking how did he get out of there?” the source said.

Springfield Road barracks was considered near escape proof by IRA activists who had been held there at this time.

Here is a contemporary photo of Springfield Road barracks, known officially at the time of McKee’s alleged escape as KOSB TAC HQ. It is the whitened building in the centre of the picture and a glance will tell you how improbable was the idea of escape. 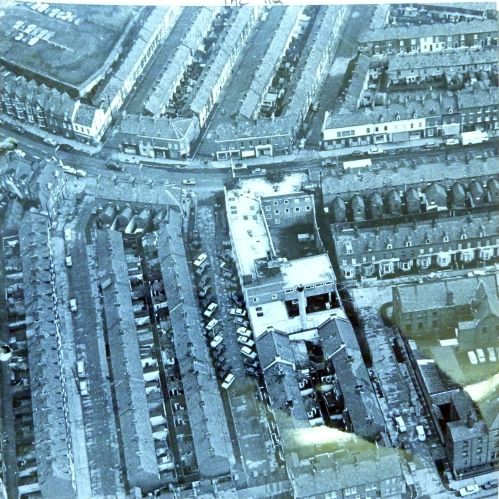 The KOSB’s were probably confident that the IRA would not come to that conclusion because the organisation had no coherent, systematized way of tracking down informers. Spy catching and the intensive debriefing that is an integral part of that, was left to individual company intelligence officers whose abilities and skills varied. It was not until after the mid-1970’s that the IRA created a dedicated security unit to do this job.

“There was a lot of scepticism”, recalled McKee’s contemporary, “but we were not focussed. No-one said he was a tout.”

Tolan and McKee were arrested at 22:50 and the house identified as holding an arms dump by McKee was raided by KOSB soldiers at seven minutes past midnight, just seventy-seven minutes later.

So, either McKee had broken very quickly under military interrogation (and by some accounts military custody could be a very brutal experience, while McKee was a slight figure weighing around nine stone, or 125 pounds) or the arrest was a pre-arranged ruse to enable him to pass on the intelligence about the arms dump. 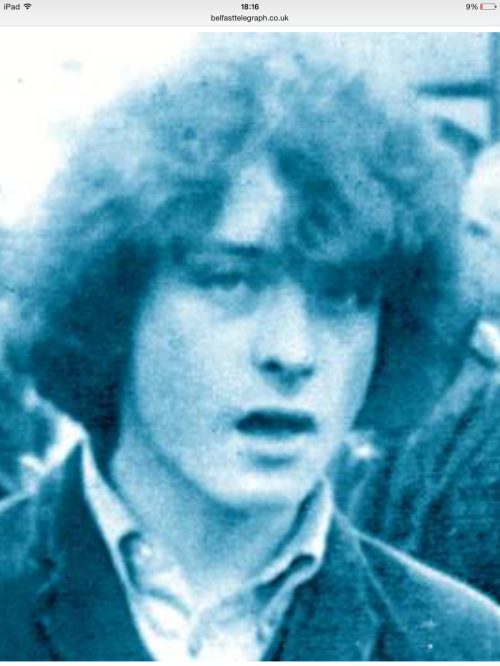 As the IRA source who knew both men explained: “There were very few phones in Ballymurphy in those days, so if you were tout you just couldn’t call your handler when you needed to.”

The distinction is important. If his arrest with Tolan was a ruse then it is likely that Kevin McKee had already been recruited by the British military and this record was an account of just one of possibly many meetings with his handlers.

If, however, he broke on the night of the arrest and was recruited at that point, then this watch-keeper’s log may be a unique document, recording the moment when an IRA activist was recruited into one of the British Army’s most notorious undercover units active during the Troubles.

In February 1972, the MRF was nearly eighteen months old and judging by the enhanced role envisaged for it in major operations by military leaders such as Sir Harry Tuzo, GoC in 1972, it was well regarded by senior officers.

The MRF consisted of two sections; one, composed of regular soldiers, carried out special operations, including surveillance, and was involved in controversial drive-by shootings; the other was made up of agents, known as ‘Freds’ by their handlers, who had been recruited from paramilitary groups.

The possibility that the log records the moment McKee was recruited to the MRF is strengthened by a code, in the form of an asterisk at the top of the relevant page, denoting that the information on the page should be sent to Brigade, i.e. British Army headquarters in Belfast, where much of the MRF’s work was planned. 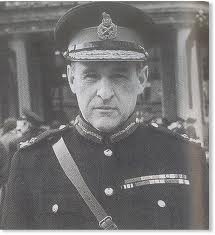 The architect of the MRF, which appears to have been mostly active in Belfast, was General Frank Kitson who headed the Brigade in Belfast and, ironically, was awarded a CBE for his service in Northern Ireland a week after the watchkeeper’s log entry was made.

On the other hand the asterisk might just denote the need to inform Brigade of another success notched up to an MRF recruit.

Either way the watchkeeper’s log provides a fascinating glimpse into the early days of the intelligence war between the IRA and Britain.

Here are the two relevant pages from the KOSB watchkeeper’s log: 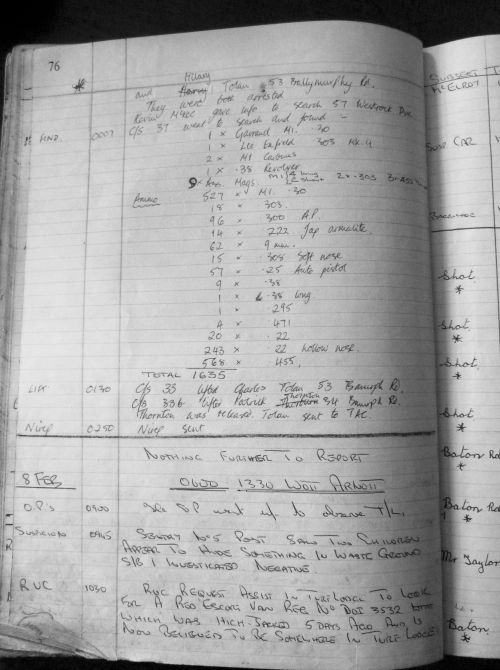 3 responses to “Kevin McKee And The Military Reaction Force (MRF)”