Comments by the Northern Ireland Attorney General, John Larkin urging an end to all Troubles-era prosecutions in Northern Ireland as well as inquests and inquiries has blown up a predictable storm in the usual circles. The details can be read here in a balanced BBC report which, interestingly, quotes PSNI Chief Constable Matt Baggot using words which clearly signal his approval of Larkin’s remarks. Did Larkin run his ideas past the PSNI before going public? And if the PSNI want this, will it happen? Interesting questions. 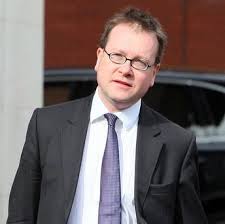 Anyway, there will be plenty of time for analysis and examination of the AG’s proposal in the coming days. For the time being, I just want to highlight one wonderful quote from his interview with, I believe, The Belfast Telegraph. Here it is:

What I am saying is take the lawyers out of it. I think lawyers are very good at solving practical problems in the here and now, but lawyers aren’t good at historical research.

The people who should be getting history right are historians, so in terms of recent history, the people who are making the greatest contribution are often journalists.