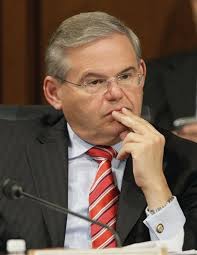 Senator Robert Menendez, the chairman of the Senate Foreign Relations Committee has made a dramatic intervention in the Boston College subpoenas case with a plea to newly appointed US Secretary of State John Kerry to raise the political implications of any handover from the Belfast Project archive of IRA interviews with his counterparts in the British government.

Menendez also asks Kerry in the event of the Supreme Court refusing to hear the case brought by Belfast Project director Ed Moloney and researcher Anthony McIntyre that the US government should then “review carefully” any interviews that are subsequently handed over so that their provision “does not undermine the United States’ essential interest” in ensuring that the Good Friday accords are not damaged.

This is the first time that the possible handover of interviews from the Boston College archive has been couched in terms of US foreign policy interests by a senior American politician. John Kerry has also gone on record expressing his opposition to any handover of Boston College interviews in a letter written to his predecessor, Hillary Clinton in early 2012.

The Supreme Court is due to deliberate this Friday whether or not to hear the Boston College case with an announcement due possibly on Monday.

The following is the text of Senator Menendez’ letter to Secretary Kerry: