A Fish Rots from the Head Down

“…I call my cancer, the main one [in] the pancreas, ‘Rupert’, so I can get close to it because that man Murdoch….there is no one person more responsible for the pollution of what was already a fairly polluted press. And the pollution of the British press is an important part of the pollution of British political life and it’s an important part of the cynicism and misperception of our own realities that is destroying so much of our political discourse. And that is what is happening. Look at what is happening at the BBC. Look at what is happening to television in general. Look who owns it…”  –British playwright Dennis Potter interviewed by Melvyn Bragg in April 1994, a few weeks before his death.

“…moneyed propagandists have taken advantage of that to create a demonology in which it is the left, the Democratic left, that is the source of many of our troubles. And this is the most frightening development, rather than the kind of nutty death threats that you read a couple of. It’s a very alarming development, because it raises the question of whether a democracy can survive and reemerge with any kind of health in the face of these enormous propaganda capacities. And in that sense, it is Murdoch, not Beck, who is the more important target.”  –American academic Frances Fox Piven interviewed on Democracy Now about violent rhetorical attacks on her by Fox News host Glenn Beck on January 14th, 2011

The news that British premier David Cameron’s spokesman, Andy Coulson, has been forced to resign in the face of a growing scandal over, and widening police investigations into, allegations that journalists at the News of the World hacked into celebrity telephone calls while he was the paper’s editor is welcome for a number of reasons.

Along with the deplorably double-dealing Liberal Democrat leader Nick Clegg, Tory party boss Cameron is about to fulfill that Thatcherite pipe dream and begin dismantling the National Health Service. Anything that casts doubts on Cameron’s judgement and in the process hampers that nefarious plan (hatched, coincidentally, at the same time that Obama is contemplating a similar fate for Social Security) can only be a good thing.

The other bit of good news is that the embarrassing but hardly surprising revelation that News of the World journalists have the same ethical standards as sewer rats may seriously upend plans by the paper’s publisher and News International* supremo, Rupert Murdoch to tighten his grip on non-terrestrial television in Britain.

Cameron’s coalition government has yet to decide whether to let News International’s $12 billion takeover bid for the satellite television operator, BSkyB to go ahead or refer it to competition authorities. Given the recent history of British prime ministerial deference to Murdoch (Thatcher, Blair, Brown and now Cameron) the decision was previously regarded as a slam dunk. Not so straightforward now. Maybe. 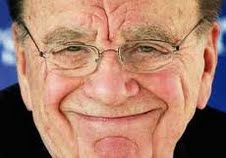 As the Guardian reports, News International has been trying desperately to ‘close down’ the hacking scandal, spreading bucket loads of money around in confidential settlements to soothe angry celebrities and movie stars but now the floodgates have burst. An anxious Murdoch is due in London next week. His journey from New York was supposed to be a triumphant celebration of a successful BSkyB deal (and an opportunity to let the world know he had yet another British prime minister safely tucked in his back pocket) but instead he faces a full-blown crisis over low standards at one of his media ventures that may, just may, underline the reality that low standards and News International are more often than not Siamese twins.

In this regard the Guardian highlights a long disregarded truism about the company’s founder:  “…in the end no decision of significance can be taken without him at the company he has built over half a century.”

A truism it may be but it is more often ignored than heeded, especially here in the United States where liberal and progressive critics of Fox News too often concentrate their fire on Roger Ailes, Glenn Beck, Bill O’Reilly and Sean Hannity while ignoring the reality that they all get their cue from Murdoch, notwithstanding efforts in some quarters to distance him from their worst excessess.

Where in the post-Tucson outrage was there even a hint of recognition that the guy who signs the checks for Ailes, Beck & Co. also calls their tune? None of that hate-filled rhetoric, none of Glenn Beck’s lunatic ravings would happen without his approval.

* A word of disclosure. Like many Irish and British journalists, I have had occasion to take Murdoch’s shilling. It is a measure of the man’s reach that it’s almost impossible to work in the media and not be on the payroll of a Murdoch outfit at some stage. And we are all slaves in the kingdom of necessity after all.

2 responses to “A Fish Rots from the Head Down”