Michael Bettaney, The MI5 Spy Who Supposedly Helped The IRA Is Dead

I didn’t realise until I read today, courtesy of the Irish Republican Education Forum, that Michael Bettaney, the MI5 double agent, i.e. who worked secretly for the Soviet Union (and was betrayed by a British spy in the Russian ranks) had died last month.

Bettaney is alleged to have passed on details about MI5’s operations in Northern Ireland to the IRA after his arrest, while on remand, an assertion repeated in the following article in The Weekly Worker. The man I was told he talked to in jail was the late Brian Keenan, the IRA’s Quarter-Master in the Provos’ early days, who was then serving a lengthy term for IRA bombing offences in Britain.

True or not I cannot be sure, but Bettaney did work in the North for MI5 and supposedly ran agents there, so the story could be soundly based. Nor did I realise that he had led such an interesting life, both before and after his jail term.

Anyway here is the quite fascinatig article from The Weekly Worker detailing Bettaney’s career in MI5 and his subsequent conversion to Marxism. Enjoy:

A man of contradictions

Won by our side

We first got to know Michael Bettaney in the mid-1980s. After an Old Bailey trial, mainly held in camera, he had just been convicted under section 1 of the Official Secrets Act. Michael stood charged with attempting to pass damaging information on to the Soviet Union. Lord Lane handed him a 23-year sentence (apparently there were those in government pressing for an even longer stretch).

This was during the miners’ Great Strike and the ongoing armed struggle in the Six Counties of Northern Ireland. There were hundreds of political prisoners in British jails. Our organisation had a policy of sending them books, copies of The Leninist and exchanging letters. Various comrades were assigned to, or volunteered, for this work, one of them being Marion Johnstone. She entered into a mammoth correspondence with Michael and eventually began visiting him in Swaleside prison on the Isle of Sheppey. Being something of a diarist, Marion records exactly 444 such visits – two a week. 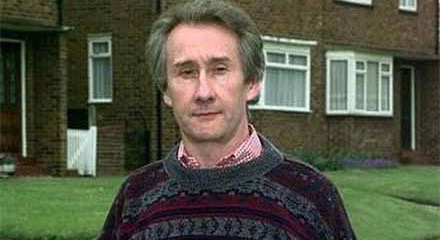 Michael was born in 1950 to working class parents in Fenton, Stoke-on-Trent. With their help and encouragement, he excelled at school and won himself a place at Oxford University. He attended Pembroke College and studied English. Michael had an enduring passion for languages. He mastered German, French, Latin and Old English. In prison he taught himself Russian – mainly by listening to Radio Moscow. Later in life he learnt various Polish words and phrases. He wanted to make the migrant bus drivers feel welcome in his adopted home town of Ware.

At university he seems to have aped the politics and drinking habits of his more boorish upper class peers. According to the official account, he affected an admiration for Adolf Hitler and sung the ‘Horst Wessel song’ in college bars and local pubs. There was much throwing of food and breaking of glass. Think Black Cygnets, Piers Gaveston Society, Bullingdon Club and Oxford University Conservative Association.

The secret services have long had a record of recruiting suitably reactionary Oxbridge toffs. However, what they were looking for in the early 1970s were spooks with a working class background who could mix with the hoi polloi … and be fast-tracked up the chain of command. Michael Bettaney fitted the bill perfectly. After undergoing a thorough vetting, he was given a job-offer by MI5.

After spending a year in West Germany, MI5 assigned him to Northern Ireland. Michael ran a clutch of well-placed MI5 informants. He told how he had to watch in silence, hidden in a cupboard, while one of his grasses was kneecapped by an IRA punishment squad. He also survived a car bomb. But Northern Ireland changed him for the better. The unbreakable resistance of the nationalist population, the cynical connivance of British state forces with loyalist assassins, the heroism and self-sacrifice of IRA volunteers – all made a lasting impression.

Promoted, his next assignment was at a desk in MI5’s department F. That involved counterespionage – basically monitoring KGB agents … and their assets, real and imagined, in the Labour Party, the trade unions, CND and, of course, the ‘official’ Communist Party. Department F recorded each and every donation made to the Morning Star, instructed agents, blackmailed and secretly raided CPGB district offices (where membership details were held). Other leftwing organisations were watched, but did not rate of much importance.

Michael had to study Marxism – the motto in department F being ‘know your enemy’. Unlike most of his colleagues he did not find this a crashing bore. The British road to socialism, the programme of the ‘official’ CPGB, had him laughing. However, the writings of Marx, Engels and Lenin – they were a different matter entirely. Profound, gripping and persuasive. He began to think of himself as a Marxist.

Given Margaret Thatcher, Ronald Reagan and the ratcheting up of cold war missile rhetoric, it is, I suppose, no surprise that Michael decided to follow in the footsteps of Kim Philby, Anthony Blunt, Donald Maclean and Guy Burgess. There were few illusions in the Soviet Union of Leonard Brezhnev, but Michael believed he could serve the cause of world peace … if he operated as a double agent.

Incidentally, it is worth noting that Michael developed a considerable admiration for Hillel Ticktin and his work on the Soviet Union. He kept a framed picture of him in his ‘Marxist corner’ at home.

The story of Michael behaving completely incompetently, being hopelessly drunk and stuffing MI5 documents through the letterbox of the Soviet embassy, was, needless to say, pure invention. The same goes for the story of a confused general, Arkady Gouk – first secretary at the Soviet embassy and head of the KGB’s British section – going round to MI5 and handing back the documents. Obvious fabrication.

The British secret services had their double agent in the KGB and did not want to blow his cover. It was Oleg Gordievsky who informed MI6 that there was yet another mole in the British secret service. Michael found himself under investigation and was presented with a stark choice: either put a bullet through your head or give a full confession. Over a bottle of whisky he told all.

Before his trial, on remand, he sought out IRA prisoners to tell them about the MI5 agents in their movement. He passed on similar information to Arthur Scargill and the National Union of Mineworkers. Names were given …. but evidently to no effect.

Once sentenced, Michael was always category A. Initially that meant solitary confinement … and no TV, no radio, no writing paper. His exercise yard was covered with overhead wire mesh to prevent a helicopter rescue. His toilet paper was of the soft kind – other prisoners had to make do with the old-fashioned, shiny rolls. No surreptitious messages were to be ferreted out.

Doubtless, he expected to be exchanged for a British spy in the Soviet Union and end up in a comfortable little Moscow flat – apparently, the view of the British secret services too. But, of course, with Mikhail Gorbachev, and then Boris Yeltsin, the Soviet Union tumbled towards a chaotic collapse. Michael had to adjust to serving a long, long sentence.

That prospect did not particularly worry him. Although he was extraordinarily sociable, he could easily cope with solitude. A Catholic from his young teens, Michael was part monk, part communist partisan. The prison authorities noted how determined he was to remain mentally and physically fit. He studied hard and exercised hard. The pictures that I have seen of him dating from these times – taken surreptitiously, of course – show him lean and self-possessed.

Over time the prison regime relaxed somewhat. Writing material, a radio, Christmas vodka … even a cellmate (one, a none-too-intelligent guardsman, was sent in to spy on the spy – Michael fed him nonsense and he was soon transferred out).

Because of Marion’s letters, because of The Leninist, because of the collapse of bureaucratic socialism in the Soviet Union and eastern Europe, Michael came towards our point of view. He wrote for our press under the name, ‘Michael Malkin’. His articles, letters and reviews were always very well written, though sometimes they were flawed by a hyper-revolutionism. Eg, he had absolutely no time for former government minister Tony Benn.

After serving two-thirds of his sentence – 15 years and six months – Michael was released on parole. This is when I first met him in person. We worked together producing and posting out the Weekly Worker, we drank a few beers together once or twice a week, we even contemplated writing Fantastic reality – my book on religion – as a joint effort.

Not that I ever really knew Michael. Though I always liked and admired him, I have to admit that I always found him totally enigmatic. He was a social chameleon. Michael could talk to anyone, in any way, at any time. Having blended in with the Oxford of his youth, he could just as easily charm prison wardens … and me. Nonetheless, serving 15 years and six months surely speaks for itself. He had the steel of conviction.

Upon his release in 1998, Michael moved in with Marion. Both an odd couple and ideal partners – some day a playwright or a novelist will tell their unlikely tale.

Despite writing for the Weekly Worker, Michael became a thoroughgoing localist. He worked at the corner newsagent, helped the old and infirm, became a beater for pheasant shoots and got to know all and sundry. He proudly proclaimed himself a Marxist until his death, but he was also a committed Catholic. We parted company over … who knows what – he clearly wanted to leave our ranks. Nonetheless, I shall always regard Michael as a friend and comrade.

In later years his Catholicism became far more important than his Marxism. He regularly attended mass. Father John, the priest officiating at his funeral service, assured us all that we would meet Michael in heaven – along with John Paul II and all the other Catholic bishops and saints. For my part, if the Christian doctrine is true, I hope to meet Michael in the fires of hell – the company is better there.

One response to “Michael Bettaney, The MI5 Spy Who Supposedly Helped The IRA Is Dead”