The Hunger Strike Scandal That Just Won’t Go Away

The story below, written by the SDLP’s Alban Maginnis, tells us two things. In fact more than two but of that more anon.

The first is that the claim made more than a decade ago by Richard O’Rawe, that the Sinn Fein leadership scuppered a deal that could have ended and won the 1981 hunger strike, is now widely believed. So is the suspicion that this was done to facilitate that party’s entry into constitutional/electoral politics. It is a story that will not go away.

The second is that O’Rawe’s claim has now become respectable enough to be used as ammunition against Sinn Fein by its political opponents, in this case by the SDLP. It has also become a matter, The Irish Times and some film-makers excepting, for media coverage as a credible and important story. 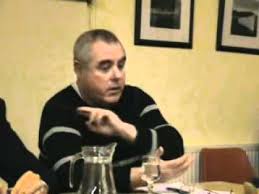 In achieving this distinction, the story has broken through what one might call, for want of a better description, the peace process barrier, when some stories are shunned by the respectable media because of the perceived damage they might do the architects of the strategy and the reputations of any reporter valiant enough to take it on.

The passage of time rather than recently acquired media spinal columns probably accounts for this but there is also the undeniable reality that the evidence to support O’Rawe has been accumulating rather than diminishing in the intervening years, as evidenced by the opening paragraphs of Alban Maginnis’ article below.

It is worthwhile then to recall how the story began. I don’t mean the story in the H Blocks but the story of the story. It began with the Belfast Project funded by Boston College back in 2001; among one of the first stories unearthed by the republican interviewer Anthony McIntyre was O’Rawe’s secret tale of what happened during the mid-point of the Bobby Sands hunger strike.

O’Rawe’s decision to finally put his account on the record in the Boston archive served to break an emotional dam; he was initially reluctant to talk about the secret offer from Mrs Thatcher, but once he did it was as if a heavy weight had been lifted from his shoulders, and not long afterwards he declared his wish to write a book about his life in the IRA in which the hunger strike episode would feature as a harrowing core.

Despite efforts from myself and others to dissuade him – the IRA, we said, would make his life unbearable and his family could suffer – he persisted. The rest, as the cliche has it, is history.

Fast forward to the Spring of this year, to the news that the PSNI’s legacy unit had served a subpoena on Boston College ordering them to hand over Anthony McIntyre’s own interviews with the archive, and ask yourselves, dear readers, whether there might be a connection between that and Richard O’Rawe’s revelations.

Gerry Adams has good reason to despise the Boston archive. The revelations and claims made by Brendan Hughes in his interviews with McIntyre made a sick joke out of his claims never to have been in the IRA and tarnished him profoundly and permanently with the IRA practice of disappearing people, the widowed mother, Jean McConville in particular.

Richard O’Rawe’s claims, meanwhile, raise an even more ghoulish spectre, as least in the eyes of IRA comrades, one that suggests that he and others in Adams’ circle deliberately allowed colleagues to die so that, eventually, he and they could sit in Dail Eireann or the Stormont Assembly.

So where lies the PSNI in all this?

When Gerry Adams was arrested and held for seven days of interrogation about the disappearance of Jean McConville, few were as furious as respectable Irish-America, by which I mean the Tip O’Neill, Ted Kennedy, Four Horsemen type of Irish-Americans rather than the Noraid followers.

One of their number, a scion of the Four Horsemen, publicly castigated the PSNI for singling out Gerry Adams and wondered why no Loyalists involved in the archive had been pursued.

Well, very quickly, a seemingly chastened PSNI addressed the second of those complaints and a subpoena was soon speeding across the Atlantic seeking interviews with Red Hand Commando icon Winston ‘Winkie’ Rea. He was subsequently charged.

Now we have the subpoena against Anthony McIntyre. Is this the other part of that Irish-American complaint being attended to by the PSNI legacy unit? Is this the PSNI saying to their powerful critics in the US, ‘Well we can’t undo the damage that has been done to Gerry Adams’ name and standing but maybe if we try to discredit the man responsible for collecting these interviews, that will go some way to make amends’?

There’s a term for this. It is called political policing. It involves taking policing decisions for political not policing reasons. The pursuit of Anthony McIntyre falls undeniably, I would submit, into that category.

If you don’t believe that this is what is happening, that the PSNI has not been infected by the same bacillus that destroyed the RUC, go ask the family of Frank Hegarty what has happened to the investigation into his murder.

Every year, the British Government releases secret papers relating to Northern Ireland under the 30-years rule, and as time goes by we get to know a little bit more about the truth behind the Troubles. It can be a fascinating insight into the workings of the direct rule administration.

Recently, the Government released a memo from a British civil servant, Stephen Leach, to a more senior civil servant, John Blelloch, who served as a deputy permanent secretary during the hunger strikes in 1981. He had a crucial involvement at that critical time with Margaret Thatcher, the Prime Minister. The memo confirms that a “good offer” was made that could have ended the hunger strike and saved four or maybe six of the republican prisoners.

The official Sinn Fein narrative of the hunger strikes is that Margaret Thatcher was the Iron Lady, inflexible and immovable throughout, who was by her very inflexibility directly and solely responsible for the deaths of the 10 republican prisoners who were on hunger strike in Long Kesh.

Richard O’Rawe, who was PRO of the republican prisoners in Long Kesh during the hunger strikes, has courageously put forward in his books Blanketmen and Afterlives an alternative narrative which disputes that and which is much more credible.

O’Rawe makes it abundantly clear that Danny Morrison of Sinn Fein told Bik McFarlane, the IRA leader in the prison, the terms of a British offer to end the hunger strike and that McFarlane then told O’Rawe and that both of them agreed that the offer was good. However, he points out that the hunger strikers themselves were never consulted on the terms of this “good offer”. He argues strongly that Adams and a committee of leading republicans, for self-interested political reasons, refused this “good offer” from the British Government in early July 1981 and when it was repeated again on July 21, 1981.

The main reason for this, he suspects, was to ensure the safe election of Owen Carron in the by-election to fill the seat left vacant by the late Bobby Sands MP. If the hunger strike continued, electoral victory was assured.

If there was no continuing hunger strike, then the seat could have been lost to another nationalist candidate, or on a divided nationalist vote to a unionist, thereby depriving Owen Carron of victory. This would have prevented the emergence of Adams’ political strategy for the republican movement. If that was the IRA strategy at the time, then it was both cunning and ruthless, involving the additional and unnecessary deaths of the six remaining hunger strikers.

This “good offer” was confirmed to intermediaries the Irish Commission for Justice and Peace (ICJP) by Adams at a meeting in a house in Andersonstown in early July 1981. This is also referred to in Leach’s Government memo.

The commission confirmed that Adams admitted to them in July 1981 that a “good offer” had been made by the British Government through a back channel whose code name was Mountain Climber. Adams also warned the ICJP to stay out of the process.

Richard O’Rawe has kept track of previously released Government papers and says that they substantially support his narrative. The recent Leach memo reinforces his argument.

He believes that Adams should apologise to the hunger strikers’ families and the wider community.

He is adamantly of the view that, “the British were broke, the hunger strike broke the British”.

In essence, that’s why the British made a good offer, which met almost in full four out of the five demands of the prisoners. The most important concession made was the right to wear their own clothes and not be forced to wear the prison uniform, the very symbol of criminalisation. Criminalisation of the IRA prisoners was at the centre of the hunger strikes.

For years now, the republican leadership has rejected O’Rawe’s account and has systematically tried to discredit both him and his version of events.

Fearlessly, he has countered their arguments and refuses to be bullied by them. He and his family have had to endure persistent vilification and criticism.

He has continued to examine the evidence that has come out through Government papers to strengthen his arguments. He has challenged senior republicans to debate with him publicly, but they have refused.

Now he says that they should have, “A bit of humility after 35 years – it’s the decent thing to do”.

The problem is, neither Adams, nor Sinn Fein understand either humility, or the truth.