The Disappearance Of Brendan Megraw

News is just breaking that human remains have been found in a bog in Co. Meath that may be those of 23-year-old Brendan Megraw who was abducted from the Twinbrook area of south-west Belfast in April 1978 and whose body has been missing for some thirty-six years.

The IRA has admitted abducting and killing him and have claimed that he was a member of the British Army’s, Military Reaction Force. The MRF, as it was more popularly known, was an early undercover military unit which both patrolled Belfast in civilian cars – sometimes opening fire on alleged targets – and recruited double agents in Loyalist and Republican paramilitary groups, christened ‘Freds’.

The MRF was believed to be the brainchild of British Army commander Brigadier Frank Kitson and modeled on counter gangs he set up during the Mau-Mau uprising in Kenya, some of whose members were disaffected Mau Mau activists.

The group was the target of a spectacular counter intelligence operation masterminded by Gerry Adams in 1972 which ultimately led to the MRF’s disbandment and replacement. A forensics intelligence operation mounted by the MRF and using a cut price laundry service in West Belfast called the Four Square Laundry was discovered by the IRA which in October 1972 ambushed a laundry van in Twinbrook, killing one British soldier. IRA claims to have killed other agents, some in a massage parlor in North Belfast, were denied by the British.

The MRF was disbanded in May 1973 and replaced by a squad called the Special Reconnaissance Unit (SRU) but neither it nor its successor, 14th Int, ran agents as the MRF had. That limitation was corrected when the Force Research Unit (notorious for running UDA intelligence chief Brian Nelson and IRA spy catcher Freddie Scappaticci) was set up in the late 1970’s. 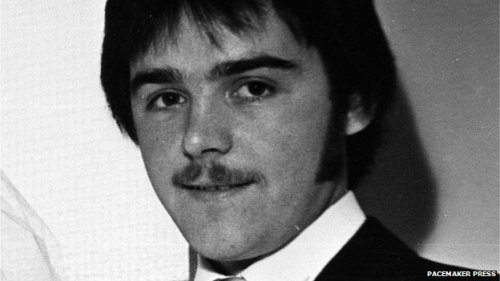 Brendan Megraw – disappeared by the IRA in 1978, his remains may have been located in a Co. Meath bog

The fact that the MRF had ceased to exist four years before Brendan Megraw was abducted and disappeared raises the obvious question: if the allegation of MRF membership was true why had it taken the IRA so long to track him down?

One other unanswered question is why the IRA chose to disappear Brendan Megraw rather than publicise something the IRA would normally claim as a coup by leaving his body in a public place. What was the IRA trying to hide when it decided to disappear his body? It is worth noting that Megraw was twenty-three when the IRA killed him so he was just 17 or 18 years old when, allegedly, he was in the MRF. What damage could a 17/18year-old do to the IRA?

Mystery also surrounds the mechanics of Brendan Megraw’s disappearance. Prior to the establishment of the IRA’s Internal Security Unit, tracking down informers and double agents was a somewhat haphazard business with the initiative often resting with individual intelligence officers. Creating the Internal Security Unit was supposed to centralise and rationalise the whole job of spycatching but it is not clear whether it was functioning as such in 1978.

The spycatching unit was part of a widespread re-organisation of the IRA plotted and planned in the internment cages of Long Kesh and led by the triumverate of Gerry Adams, Ivor Bell and Brendan Hughes. The changes were given a boost with Adams’ and then Bell’s release from Long Kesh in 1977 and their elevation to the Army Council and to key posts on GHQ. The process accelerated when Gerry Adams succeeded Seamus Twomey as Chief of Staff in December 1977 but in February 1978 he was arrested and held for a year on remand in the wake of the La Mon firebombing.

Adams was succeeded by Martin McGuinness who was Chief of Staff when Brendan Megraw was abducted and then buried in a secret grave in April 1978.

Normal IRA protocol for the killing and disposition of victims dictated that final approval of the sentence handed down came from “GHQ”, i.e. from the Chief of Staff. In the cases of the early and first disappeared victims the local decision, i.e. by Belfast Brigade in the cases of Joe Lynskey, Seamus Wright, Kevin McKee and Jean McConville, to consign the victims to secret graves was normally endorsed by “GHQ”.

That raises an intriguing question about Brendan Megraw’s disappearance. Was the same protocol followed in the decision to hide his remains in a Co. Meath bog? Martin McGuinness was Chief of Staff when he was abducted so what role, if any, did Northern Ireland’s current deputy First Minister play in the disappearance of Brendan Megraw?

When one is dealing with Northern Ireland’s past, these are the sort of questions that will be asked and must be answered. But don’t hold your breath!

One response to “The Disappearance Of Brendan Megraw”